Betty and George Woodman in "1+1=2" exhibition at Bernice Steinbaum Gallery, 1984: From the Archives... 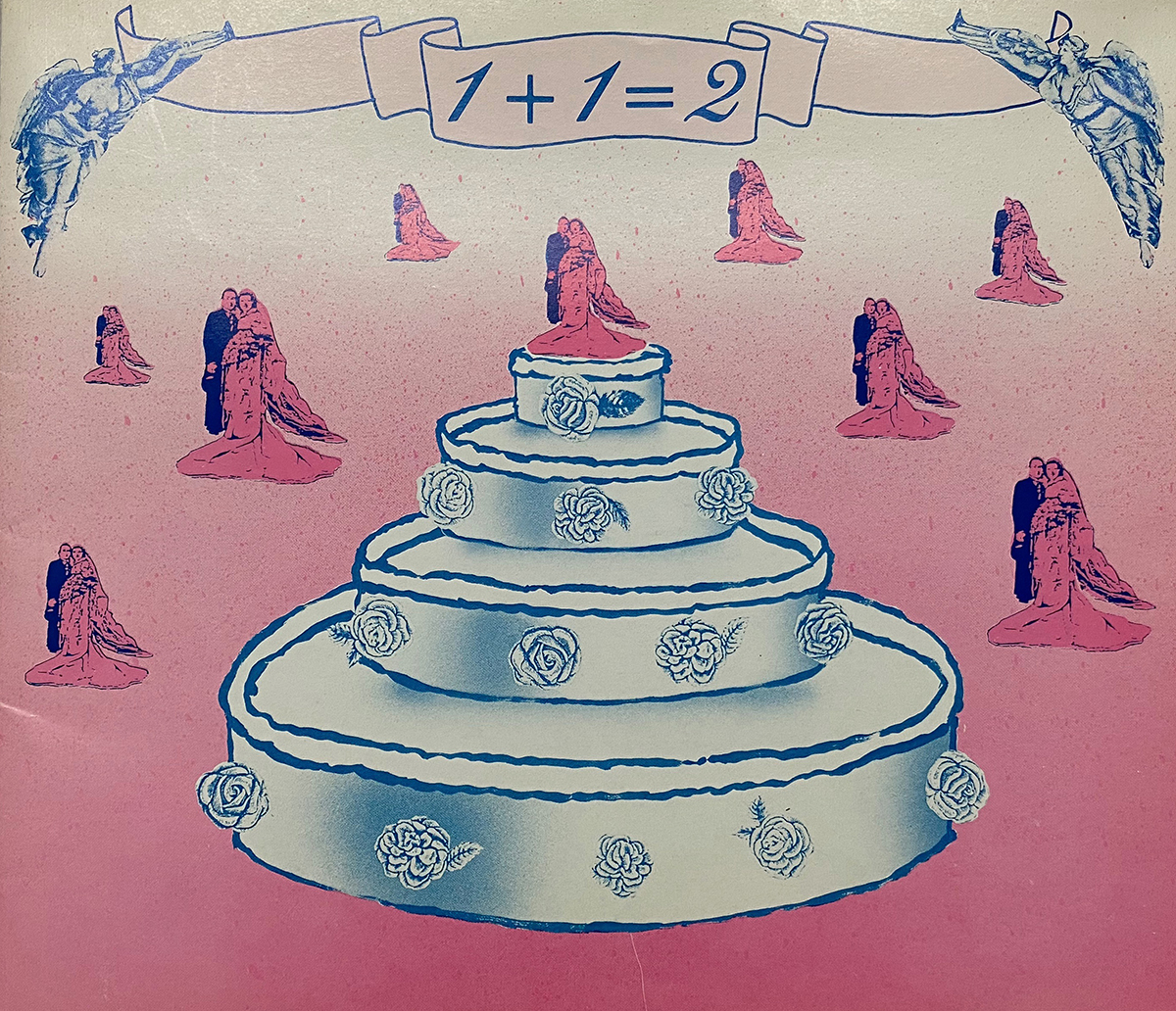 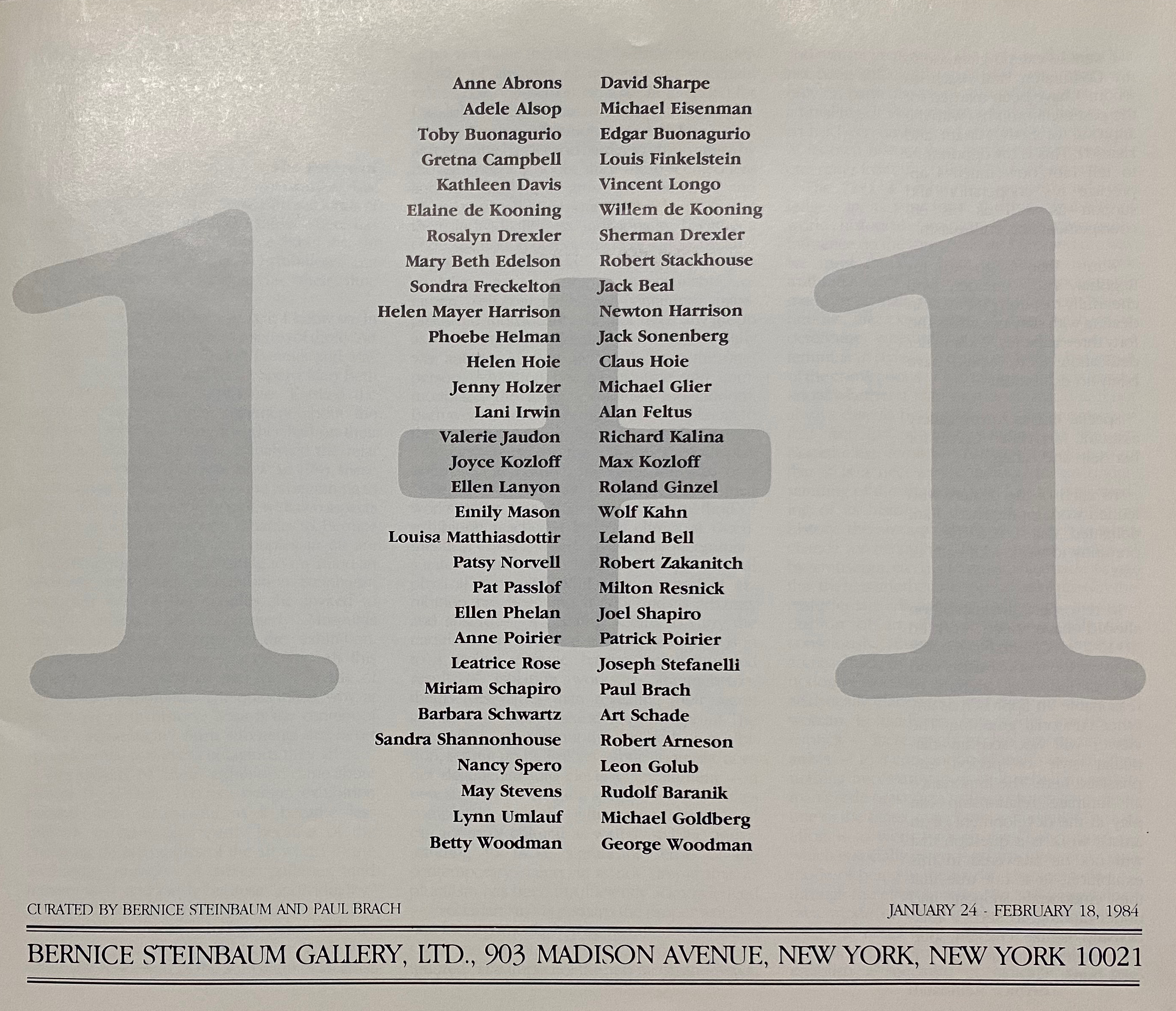 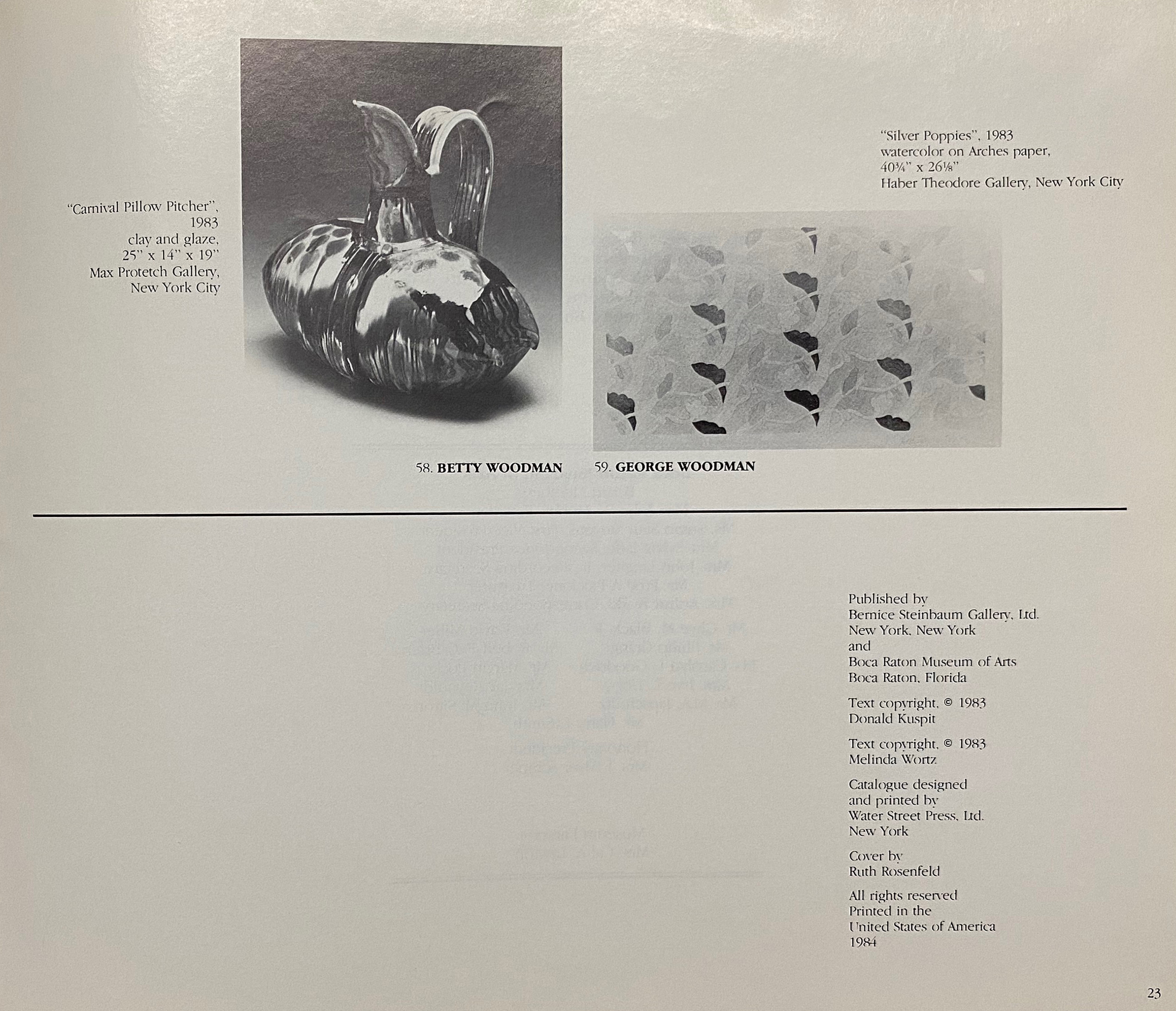 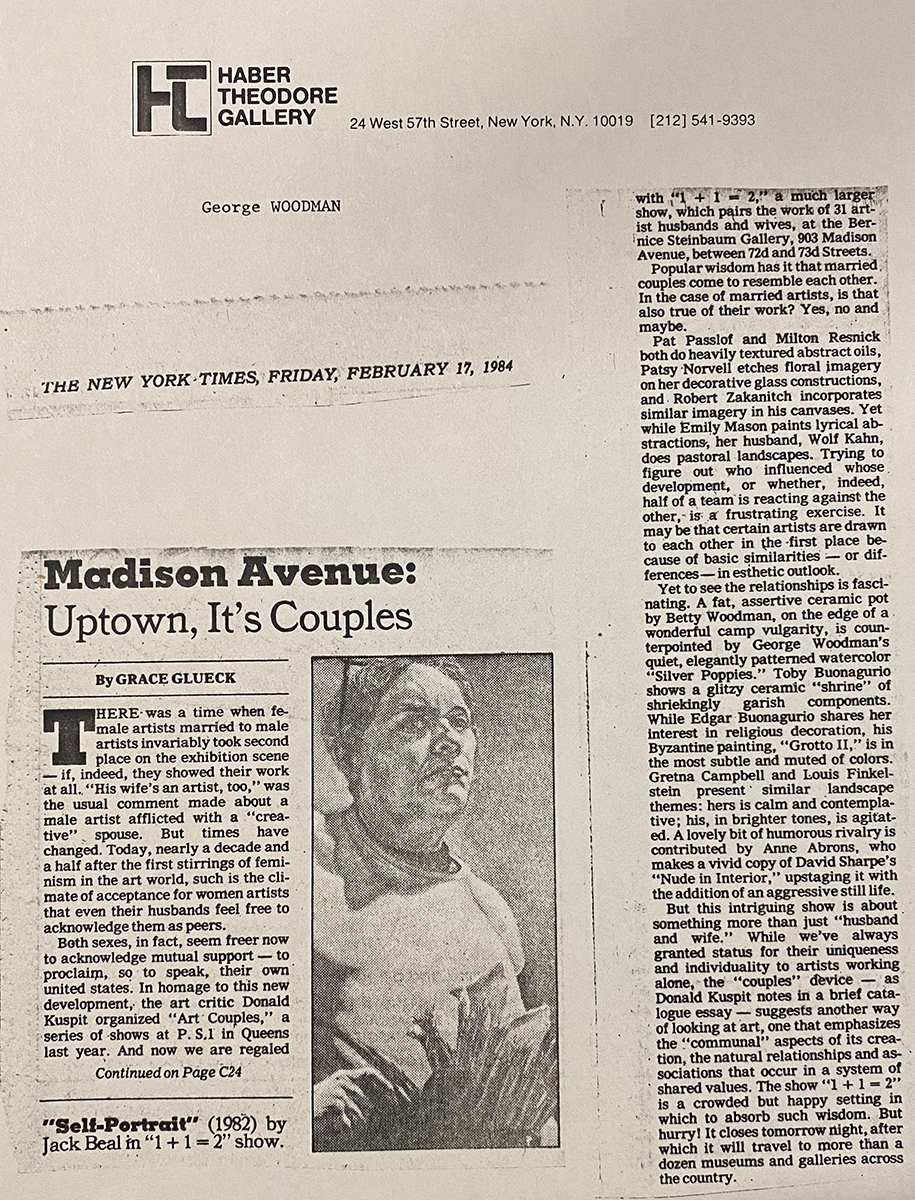 In 1984, following a series of exhibitions at PS1 dedicated to “Art Couples,” art historian and critic Donald Kuspit organized 1 + 1 = 2 at Bernice Steinbaum Gallery in Manhattan. The exhibition paired the work of 31 artist couples and acknowledged a long-overdue cultural shift in recognizing women artists as peers to their male counterparts. Betty Woodman and George Woodman—included in the exhibition and married for more than thirty years at that point—often credited their mutual respect for and support of each other as artists as the bedrock of their marriage.

In a New York Times review of the exhibition, Grace Glueck muses:

“Trying to figure out who influenced whose development, or whether, indeed, half of a team is reacting against the other, is a frustrating exercise. It may be that certain artists are drawn to each other in the first place because of basic similarities—or differences—in esthetic outlook.

Yet to see the relationships is fascinating. A fat, assertive ceramic pot by Betty Woodman, on the edge of a wonderful camp vulgarity, is counterpointed by George Woodman’s quiet, elegantly patterned watercolor Silver Poppies.”