Betty and George Woodman in Metropolis Magazine, October 1984: From the Archives… 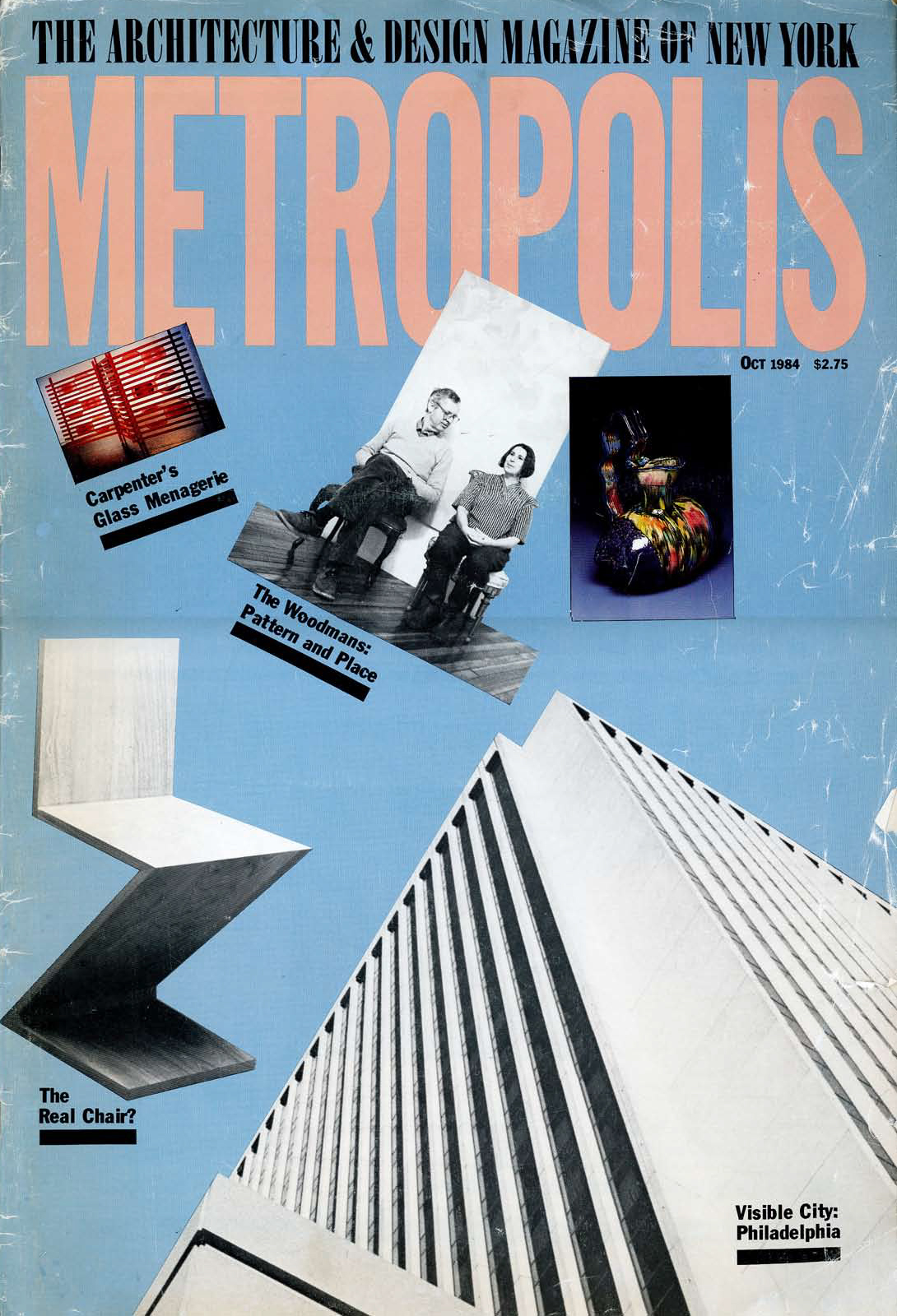 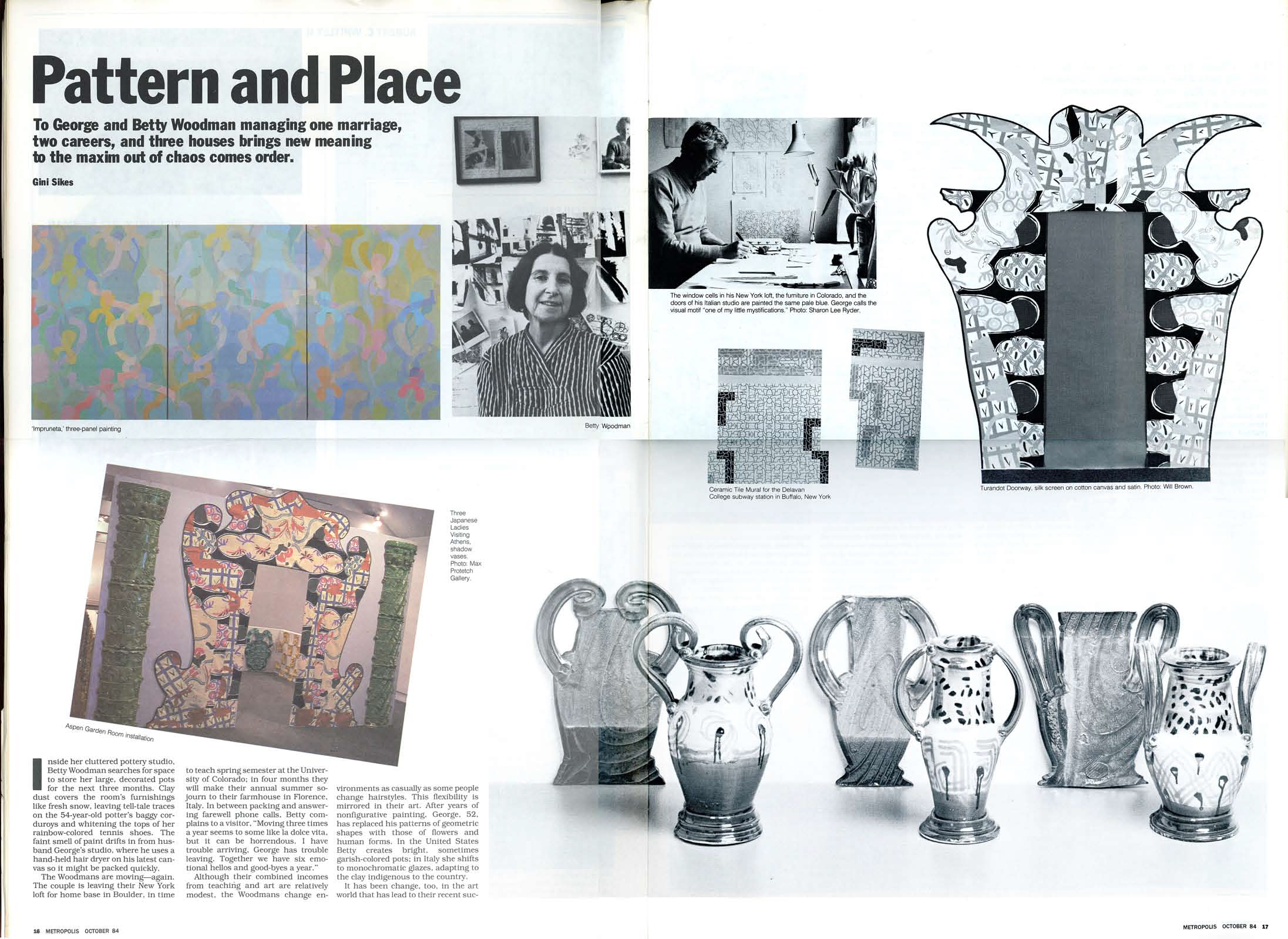 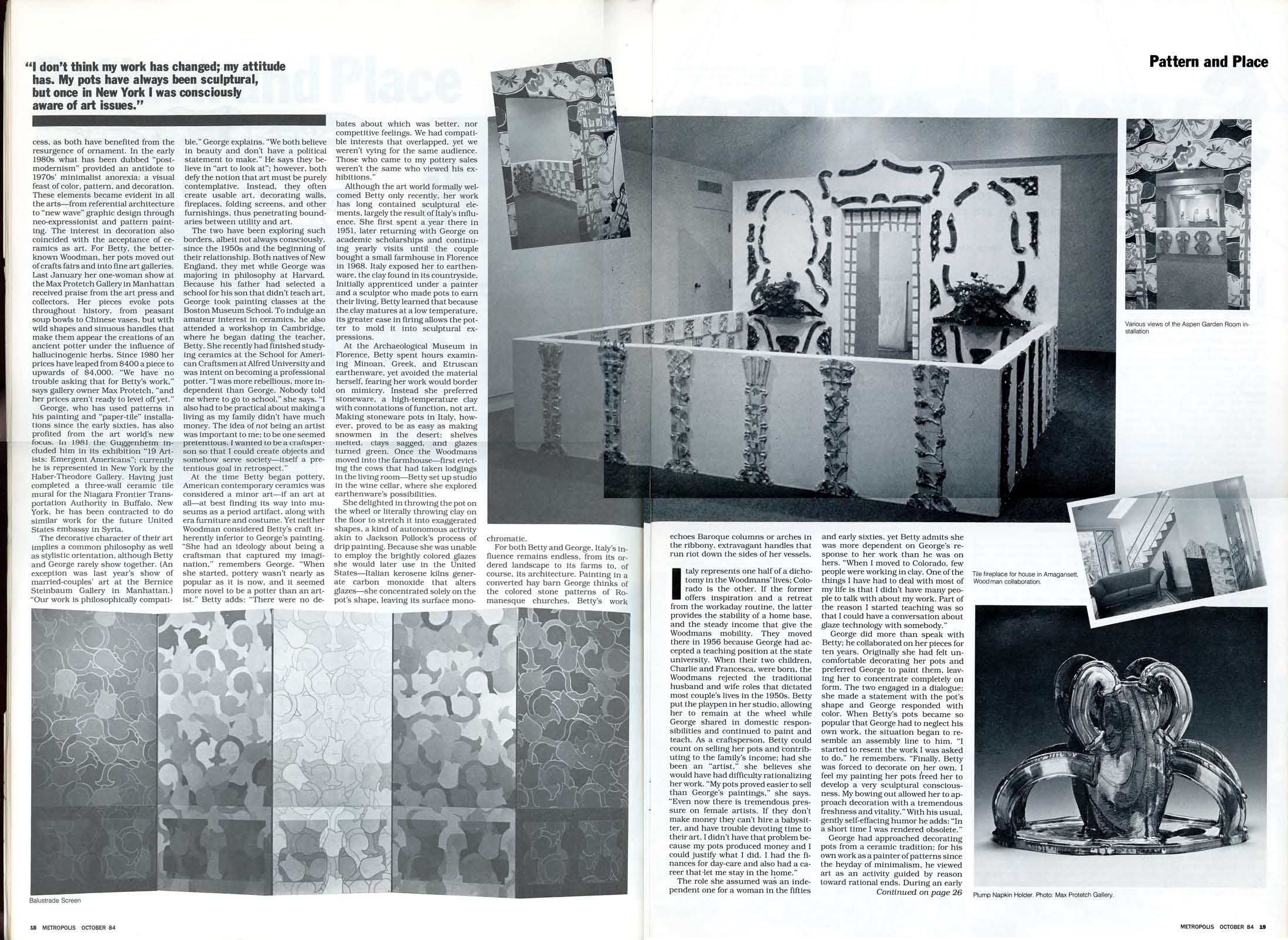 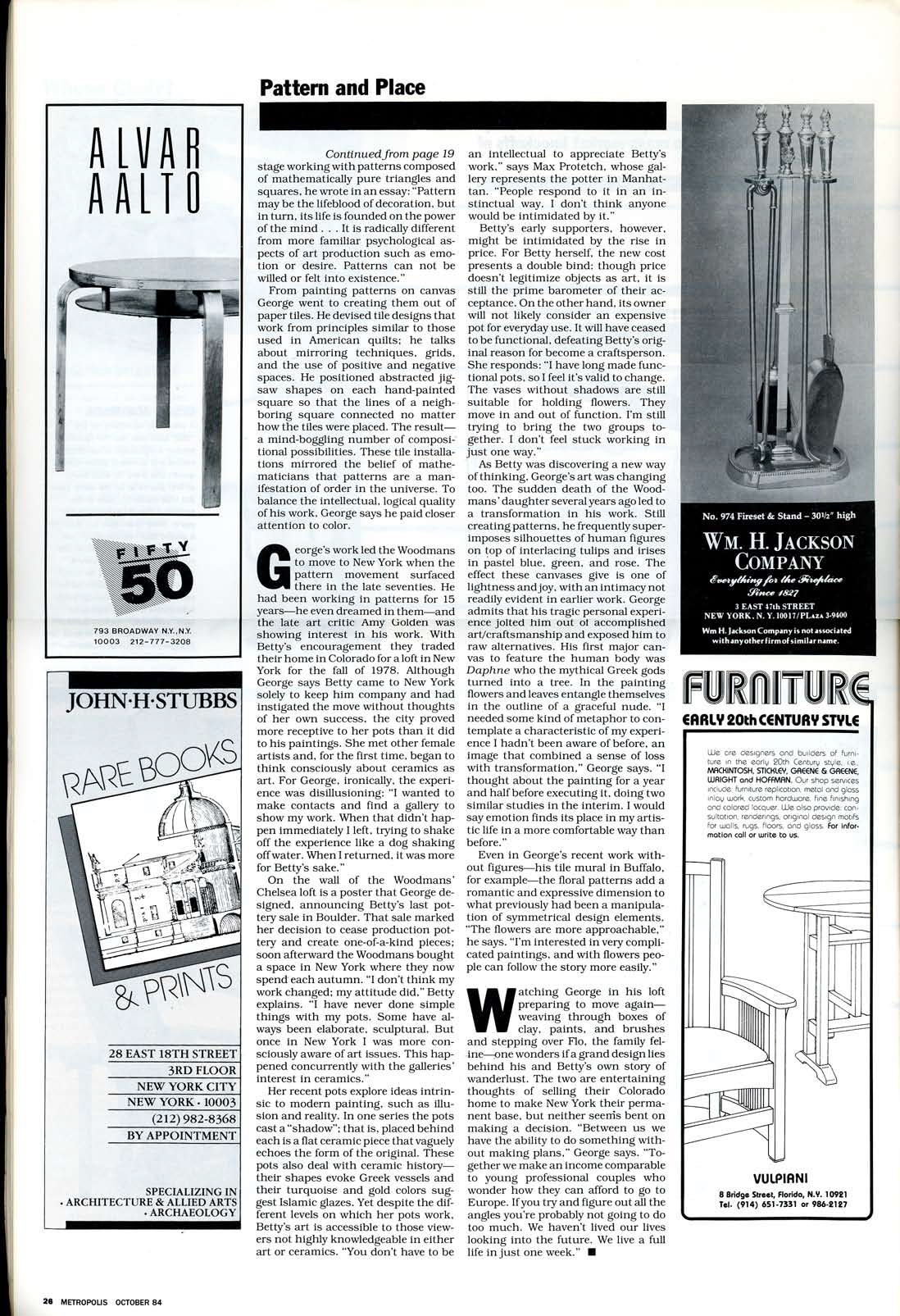 Already frequent visitors to New York City, Betty and George Woodman bought a loft in East Chelsea in 1980. Francesca, who had been living in New York for more than a year, scoured newspaper listings to find it for them, in a 1908 former factory building. Betty and George split their time between homes and studios in Manhattan, Boulder, Colorado and Antella, Italy, until 1998 when they retired from teaching in Boulder. They continued splitting their time between New York and Antella for the rest of their lives.

“Moving three times a year seems to some like la dolce vita, but it can be horrendous. I have trouble arriving, George has trouble leaving. Together we have six emotional hellos and good-byes a year,” explained Betty in a 1984 feature on the couple in the magazine Metropolis, which chronicles their dynamic lives, relationship and art.

New York was vital to their work and careers. George was included in the important “19 Americans” exhibition at the Guggenheim in 1981 and subsequently shifted toward figurative painting and then photography. Betty made the consequential decision to stop making functional pottery and focus only on ceramic sculpture and began showing with contemporary art galleries.

“Watching George in his loft preparing to move again…one wonders if a grand design lies behind his and Betty’s own story of wanderlust. The two are entertaining thoughts of selling their Colorado home to make New York their permanent base, but neither seems bent on making a decision. ‘Between us we have the ability to do something without making plans,’ George says. ‘Together we make an income comparable to young professional couples who wonder how they can afford to go to Europe. If you try and figure out all the angles you’re probably not going to do too much. We haven’t lived our lives looking into the future. We live a full life in just one week.”

To read the full article, click on the image above for a complete gallery view and details, or view the article here.