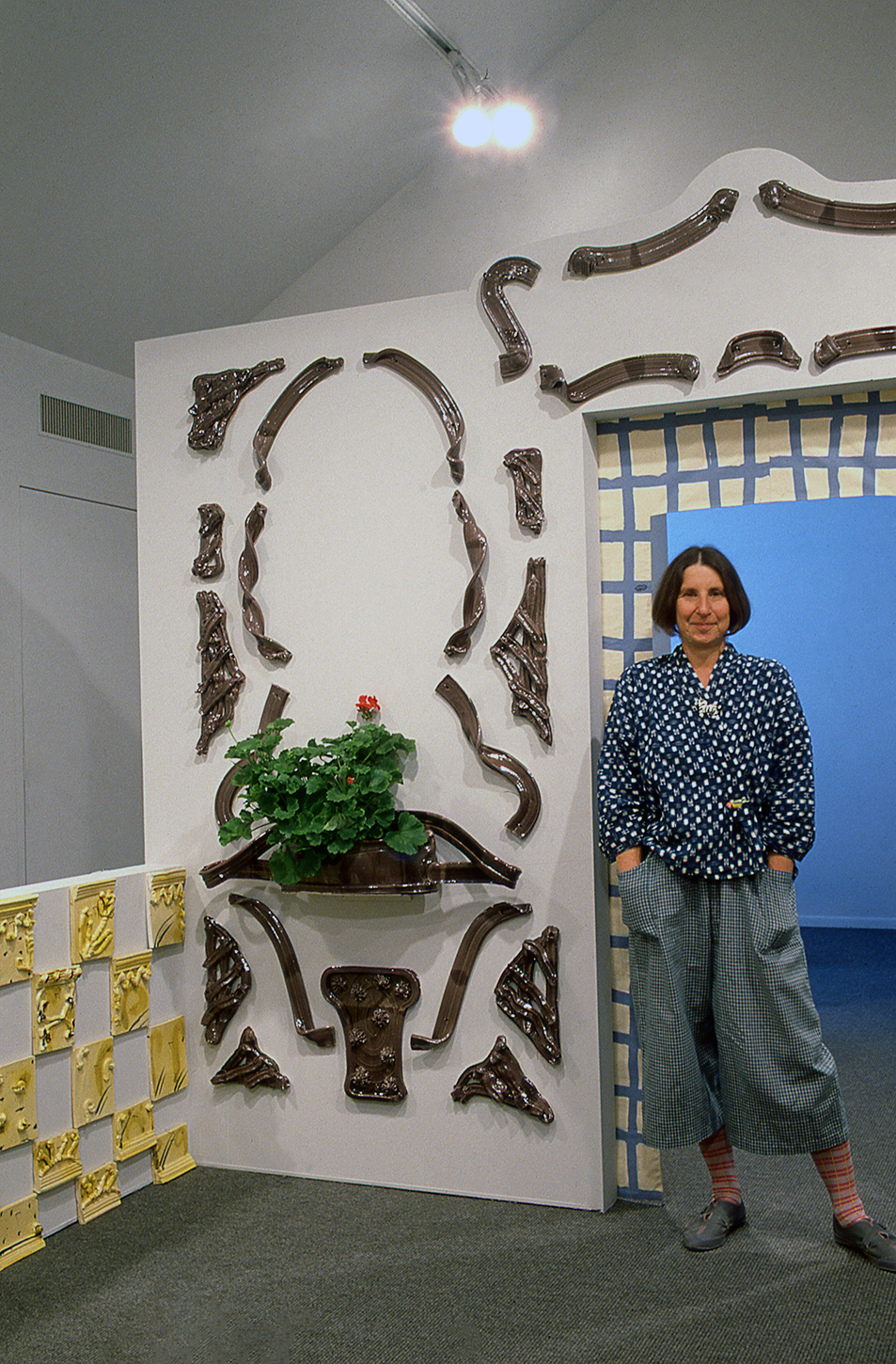 Osman Can Yerebakan looks back on 1984 Metropolis Magazine feature on Betty Woodman and George Woodman, linking the early influence of architecture on Betty’s ceramics to her legacy as a radical sculptor.

The following is an excerpt from the article:‍

In the 1980s, Woodman completed an organic transition from functional pottery to transgressive interpretations of the built environment in ceramic. McClure describes it as “turning pottery on its head.” She notes [Woodman’s] use of negative space in expansive installations, such as Cloistered Arbor Room at Bennington College’s Usdan Gallery. There, she surrounded what appear as four conventional-looking flower pot vessels with a line of flat ceramic “columns” fixed to the gallery’s walls….

In the Foundation’s blog entry “Alluding to Architecture,” Woodman is quoted in a [2016] interview with frieze: “It’s about the illusion of scale. It’s not really architecture: it’s alluding to that, it’s about that, but it’s smaller than reality.” While other installations such as The Aspen Garden Room at Aspen Art Museum (1984) or Somewhere Between Naples and Denver at ICA Philadelphia (1992) soared well above her small physique, scale never intimidated the artist.