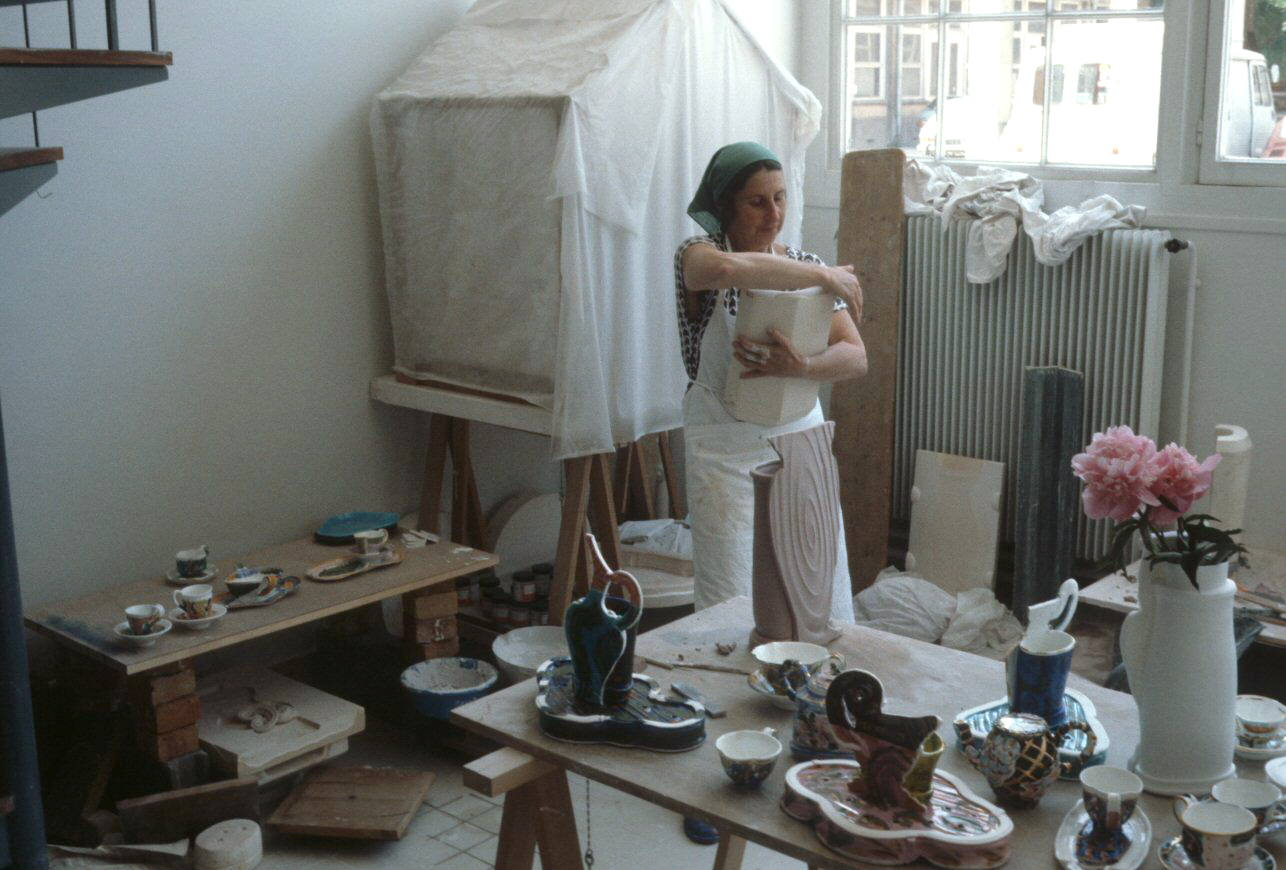 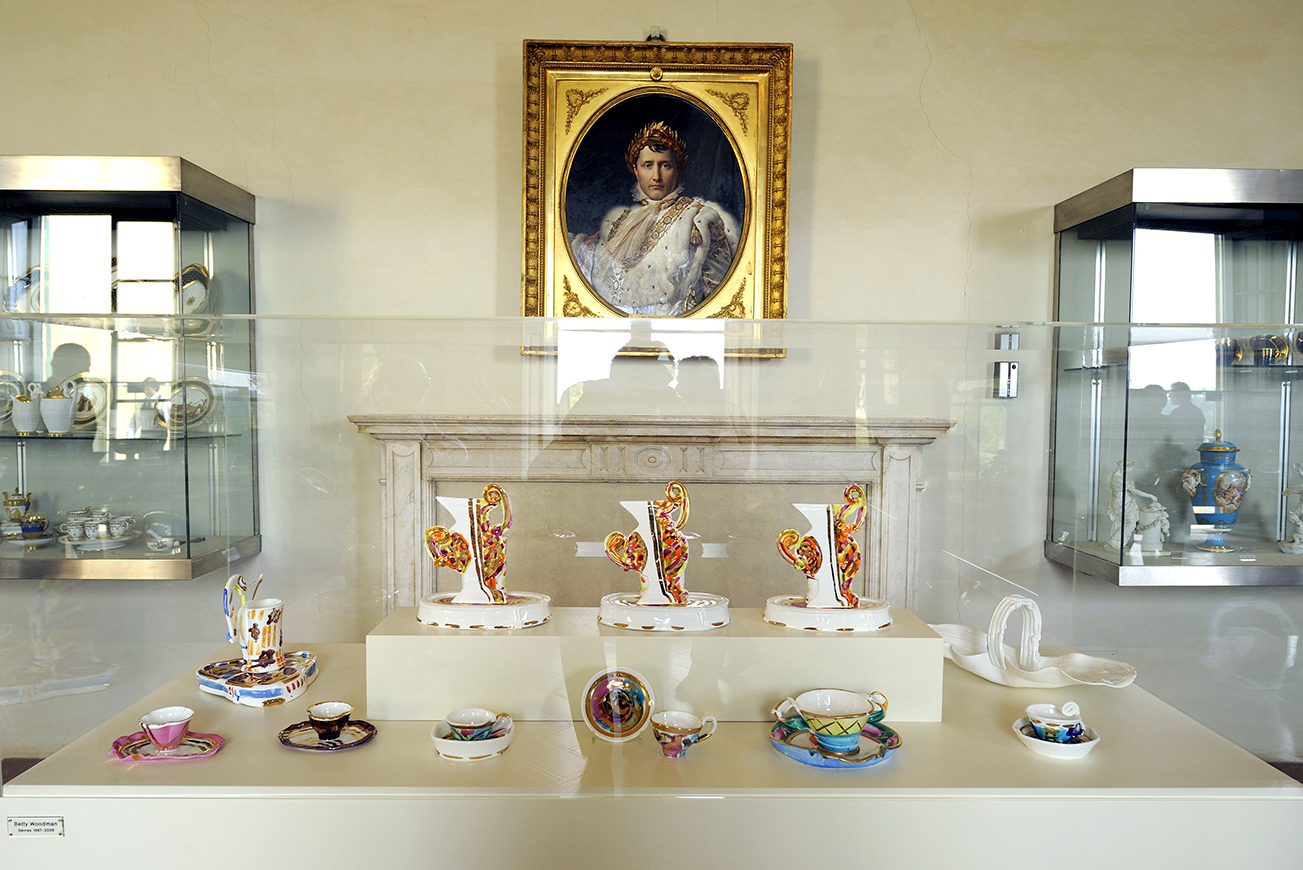 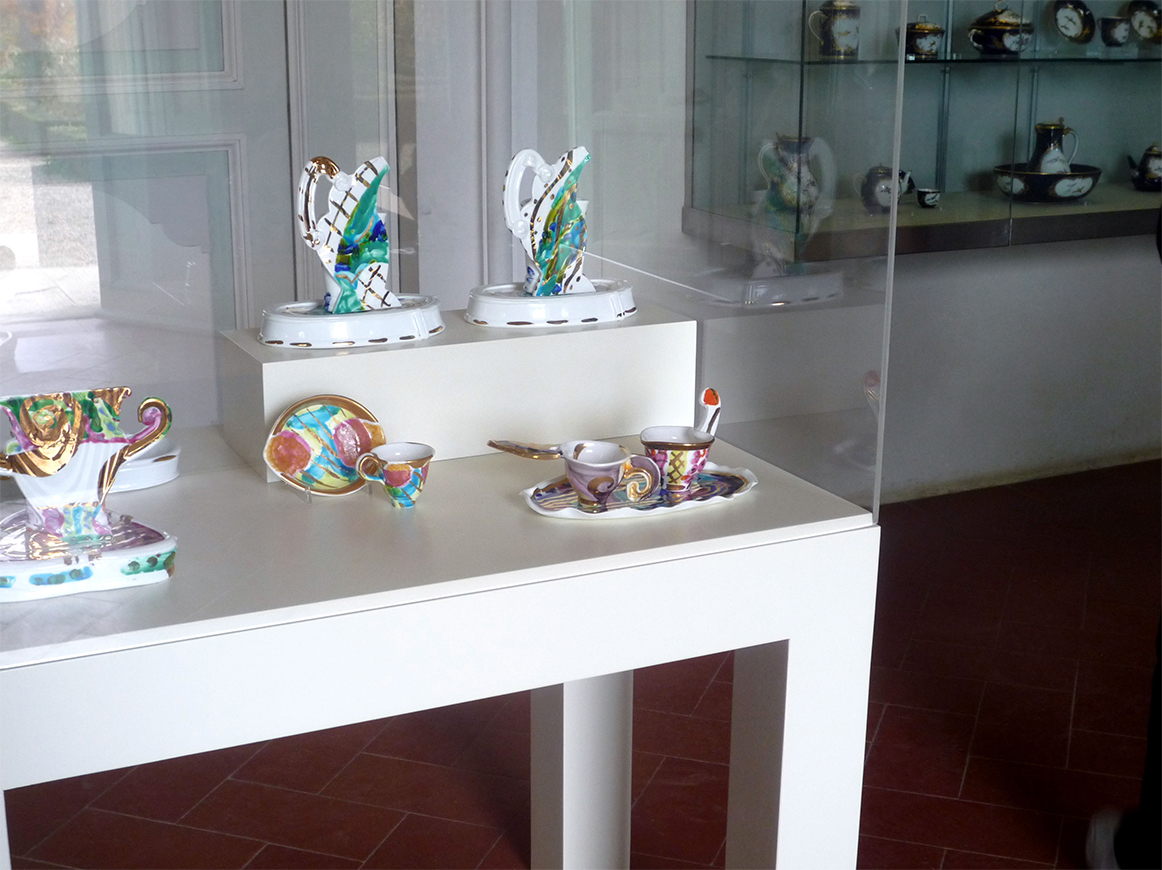 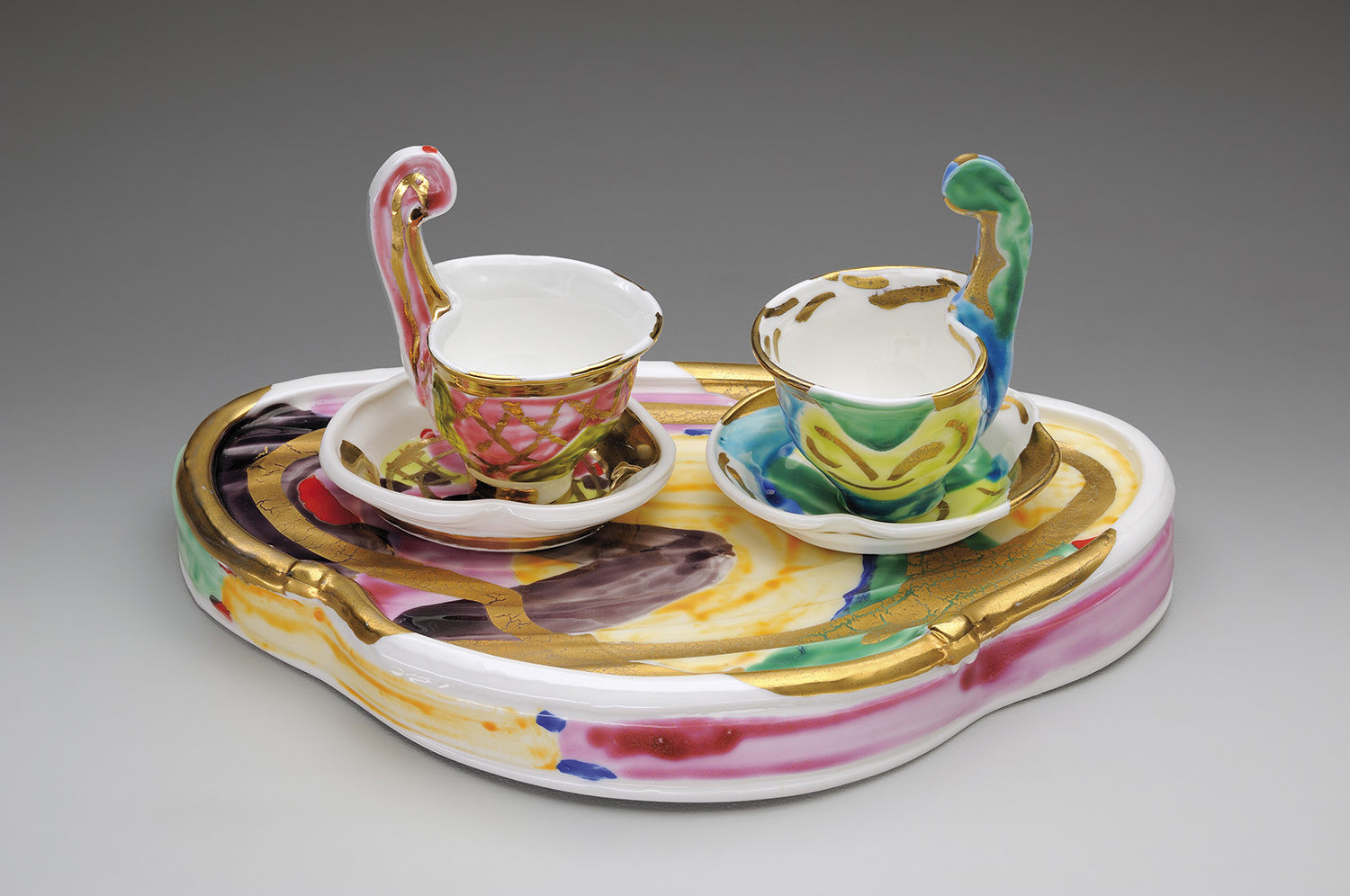 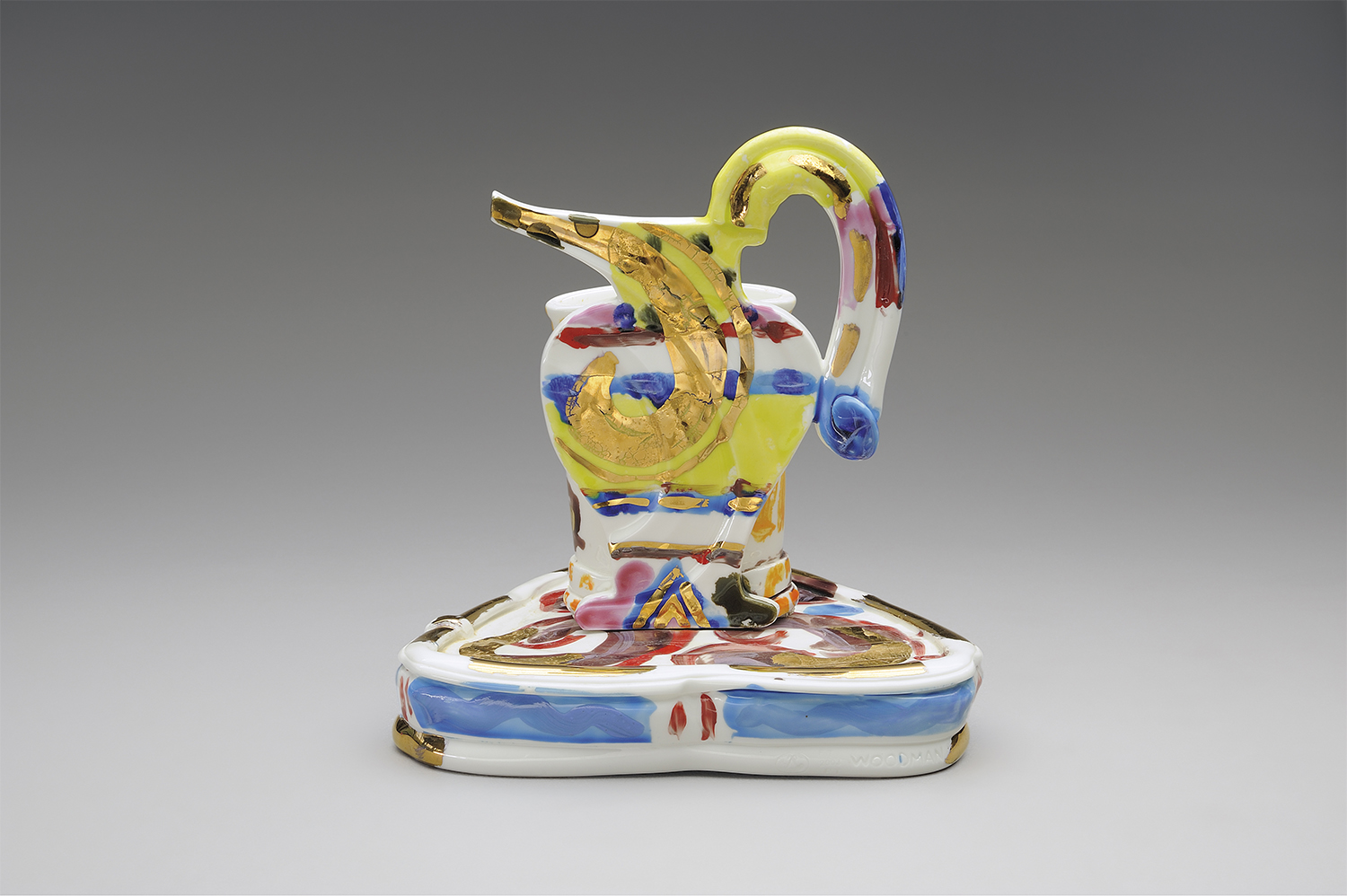 In 1987, Betty Woodman was invited by the French Ministry of Culture to participate in an artist residency at the Manufacture nationale de Sèvres, just outside of Paris. She worked there off and on more than twenty years, producing brilliantly decorated and fantastically formed works with the same materials, glazes and techniques used to produce the famed 18th century Sèvres porcelain tableware and vases used by French nobility.

In 2010, Woodman’s Sèvres porcelain works were presented alongside historic examples in the collection of the Museo delle Porcellane di Palazzo Pitti in Florence, Italy, shown in a magnificent pink and green building, reached through the Boboli Gardens and perfectly suited to Woodman’s aesthetic.

As critic and friend Ida Panicelli describes in the exhibition catalogue: “Her mode might be considered postmodern in its capacity to conjoin subjects and signs from the past, to articulate them in unexpected and original fashion in a contemporary language. She draws from both decorative and artistic languages, from ceramics traditions and from the masters of modernism. Her dishes colored with small brushstrokes might have been used by Bonnard’s women, her bright flower vases could have been painted by Matisse in one of his interiors, and surely Queen Marie Antoinette (at least as she is described in Sofia Coppola’s recent film) would have been crazy about Woodman’s delicate gold-and-pink Sèvres coffee cups.

“And yet her works are without precedent. ‘Philosophical objects, vibrant with contradictions,’ as Peter Schjeldahl calls them, they fail to fit within any defined genre, and indeed become a genre unto themselves, unmistakeably à la Woodman.“