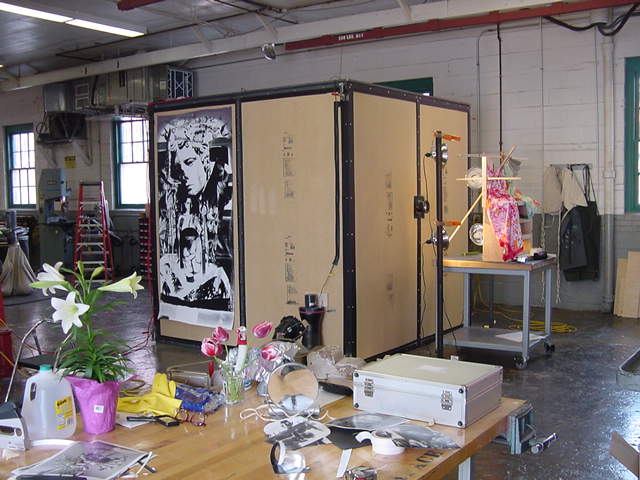 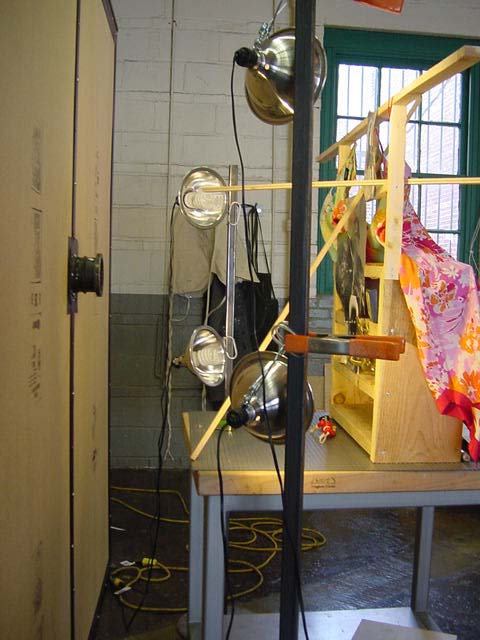 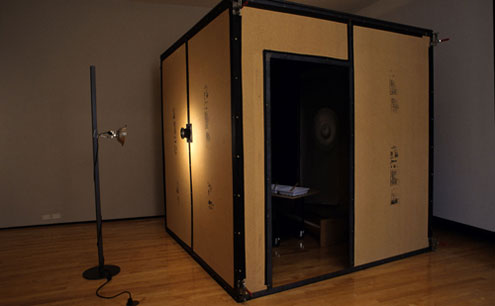 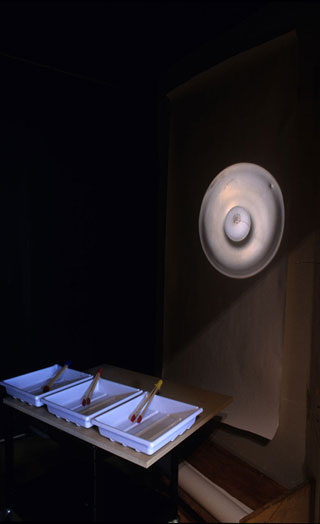 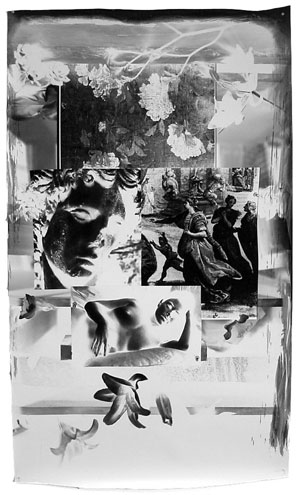 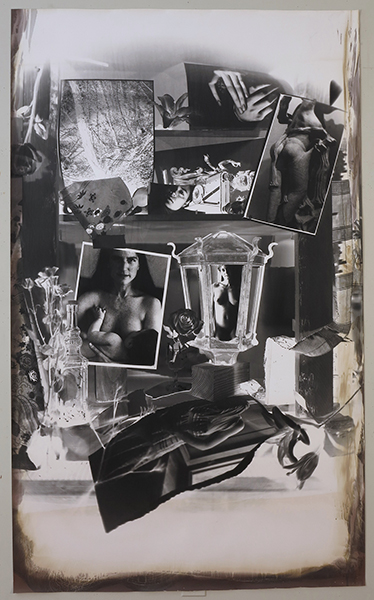 From 1995-2015, Grand Arts in Kansas City, Missouri supported the experimental projects of more than 120 American and international artists from concept to realization with research, development, residencies and exhibitions. In 2004, George Woodman and the organization’s team built a camera obscura in a studio there so that he could continue his work with one-of-a-kind, large-scale still life photographs. He originally began this series in 1992 as he transitioned to photography after working primarily as a painter. “This way of working is congenial to an artist who has always been a painter and started with still life over 50 years ago. I like the hands-on procedure of planning and building the still life, making tests and revisions and finally processing the final unique image with my own hands. With no intermediate step of film developing and printing, the images are created by a seamless uninterrupted process entirely under the control of my eye and hand.”

“The camera obscura, first instrument of verisimilitude, is in George Woodman's hands an implement of deepest dreaminess,” wrote Nancy Princenthal in the essay that accompanied his resulting exhibition. “Working with a process of his own invention, Woodman creates big black and white photographs that are part photo collage, part shadow play, and part art history lecture as narrated by a lyric poet. The photographs begin with the composition of a still life involving objects and images, usually including Woodman's own photographs, often of other art. The arrangement is set up in front of the lens of a camera obscura built inside the studio. Within the camera (which is, of course, just a lightless room with a small hole in one wall, fitted with a lens), a big sheet of photographic paper is fastened to an easel. When the shutter is open, the still life registers on the paper as an inverted negative image. Woodman develops the print in the camera, applying the chemicals with sponges. Sometimes he includes negative images in the still lifes, which revert to positive when re-photographed. Long exposures - generally eight to ten minutes - allow objects to be moved while being photographed, creating transparencies and ghosts. The interchanges between positive and negative, art and its double, first, second and third orders of experience, and - perhaps most to the point -frailty and immortality are the murmurous heartbeat of this work.”

‍Click on the image above for a complete gallery view and details.