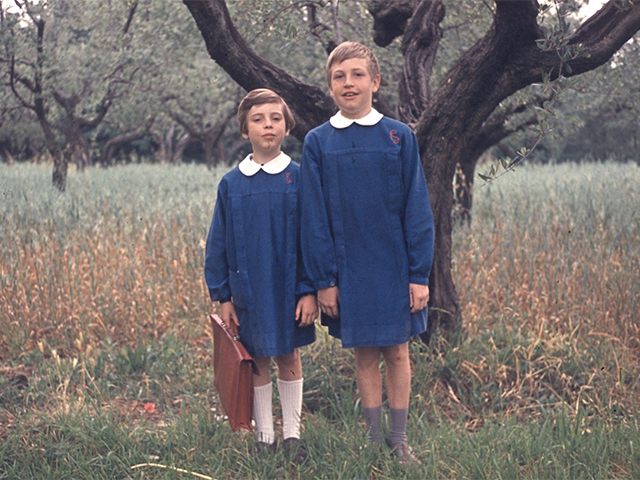 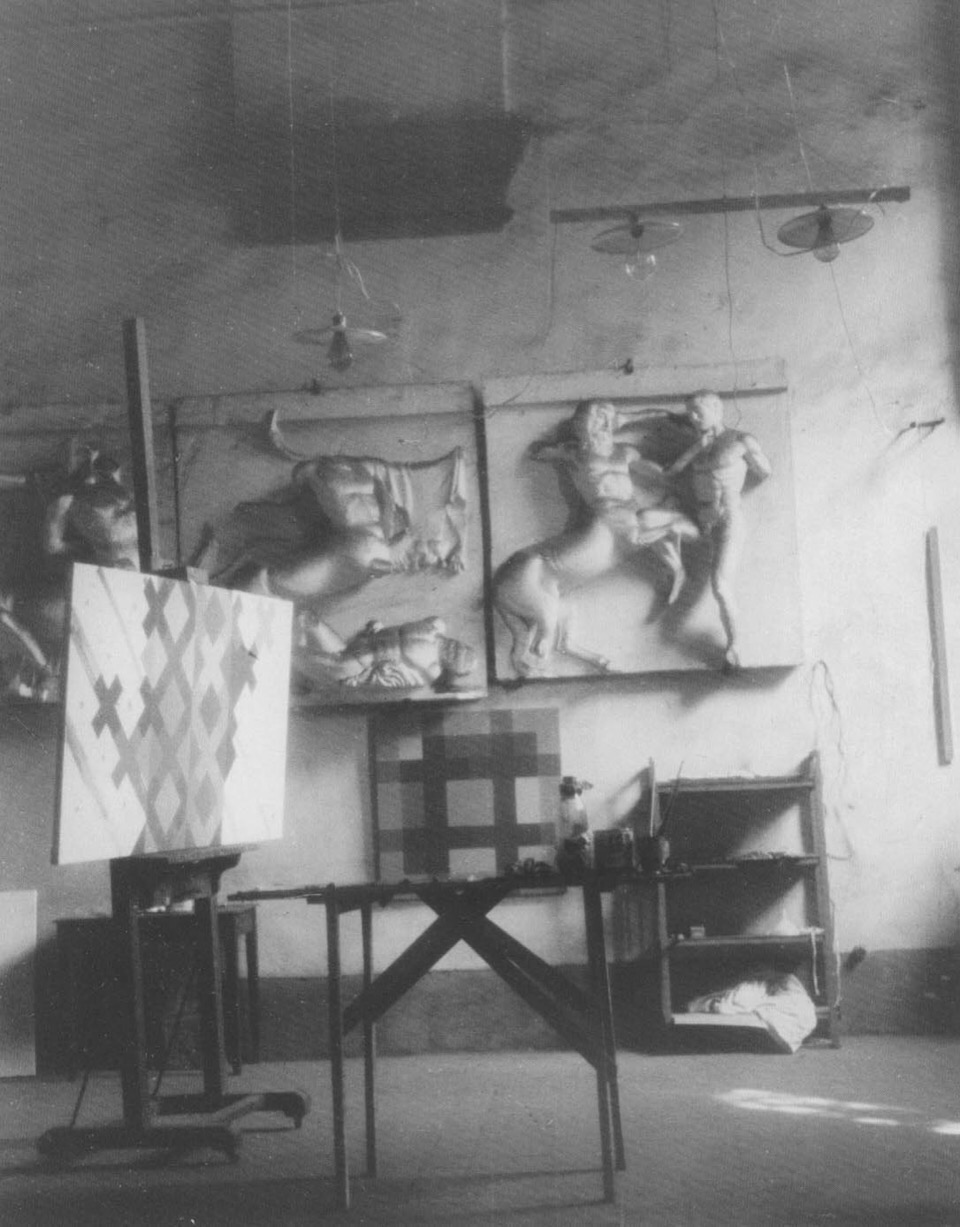 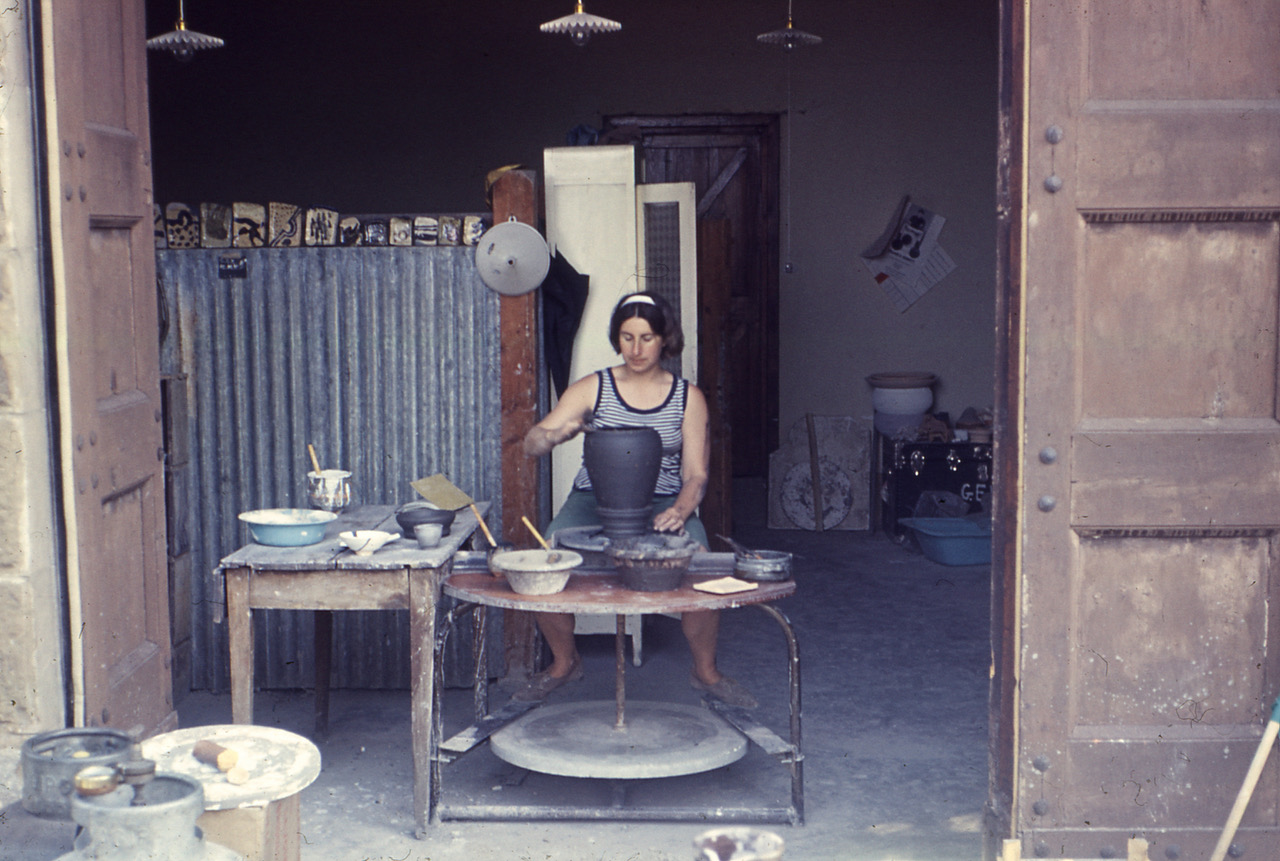 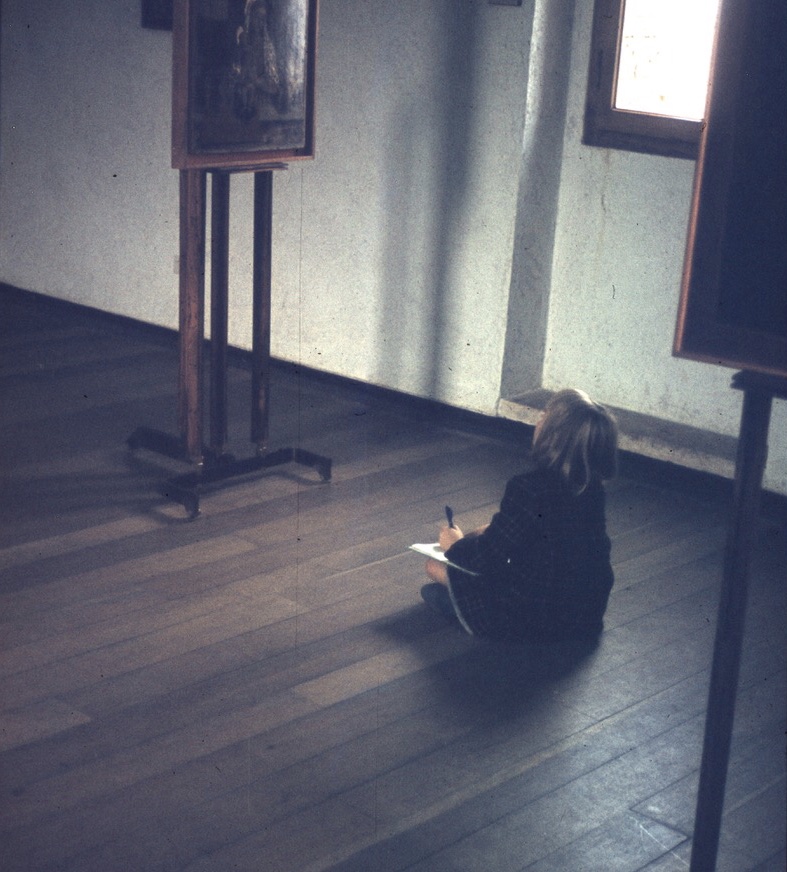 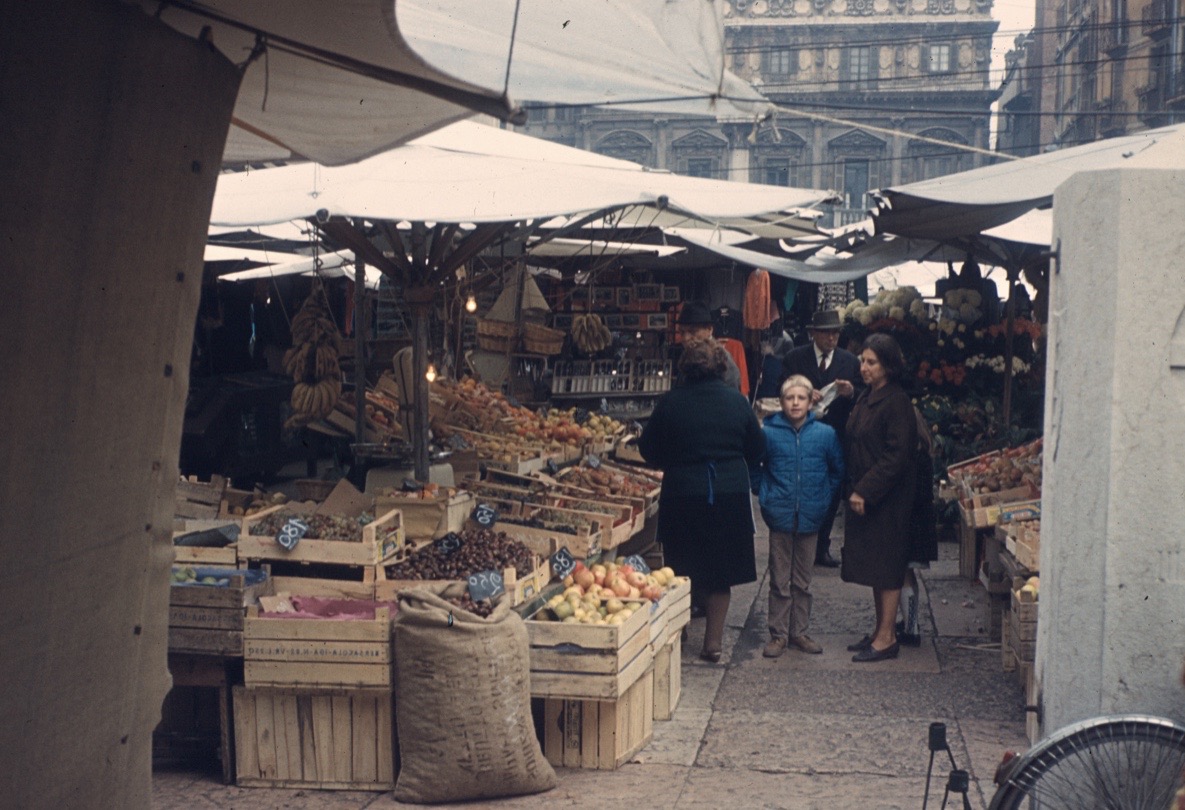 The Woodmans made their second sojourn to Italy as a family from 1965-1966. They spent the year near Florence, as they had in 1959, and as Betty had when she traveled there solo in 1951.

Betty—on a Fulbright-Hays Fellowship—explored the traditions and techniques of Italian ceramics through a series of vases inspired by Etruscan pottery. George—on a Faculty Fellowship from University of Colorado—began a series of paintings based on patterns in 13th century floor mosaics while working from a studio in a 16th century building, surrounded by casts of the Parthenon. They rented a guest house filled with mosaic tiles and Arabic decor on the grounds of the Villa Fioravanti outside Florence, where the eccentric owner raised exotic birds that roamed the grounds. Francesca and Charlie attended Scuola-Città Pestalozzi, a local public school centered on social equity and community, and began to learn their way in Italian. As a family, they visited museums together and spent the year immersed in Italian culture and cooking. This influential experience ultimately led to their purchase two years later of a farmhouse in Antella, just outside of Florence, that would become a focal point for the family and their art over the next five decades.