From the Archives...Happy New Year from Henry, Minnie, Dot and Betty Abrahams 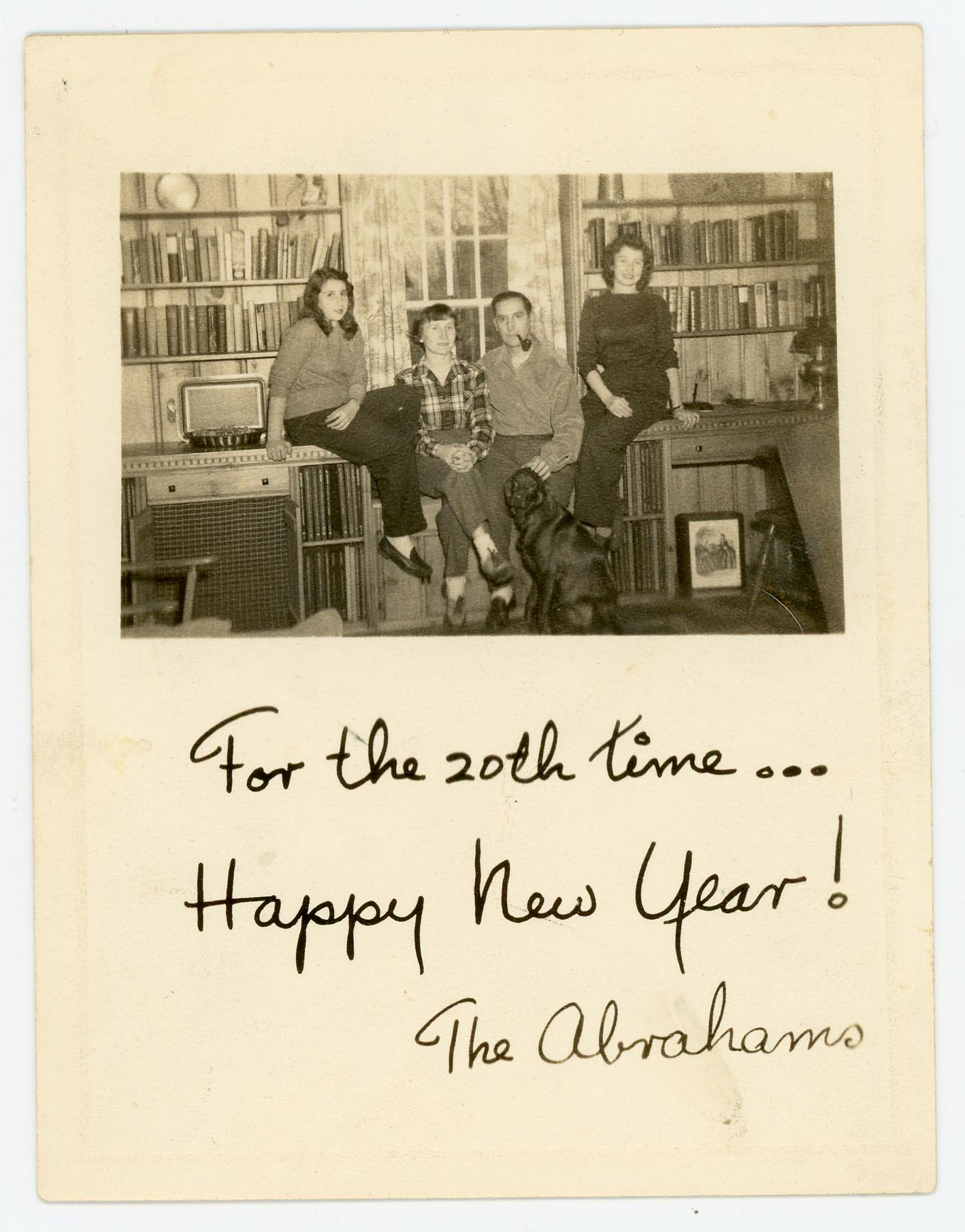 Betty Woodman was born Elizabeth (Betty) Abrahams in 1930 in Norwalk, Connecticut to Henry and Minnie Abrahams, who were both children of Russian Jewish immigrants. In 1935, the Abrahams family—which also included Betty’s older sister Dorothy (Dot)—moved to Newton, Massachusetts, just outside of Boston. There, Henry worked for the supermarket chain Stop and Shop and Minnie for Jewish Charities, and then later in the administration of Brandeis University. Henry and Minnie were “liberal, anti-religious and culturally ambitious”—according to Betty—and also of modest means, “always financially overextended.” They stressed to both of their daughters the importance of responsibility and self-determination. Their example remained an inspiration to Betty throughout her life ranging from her father’s passionate interest in woodworking, which led Betty to successfully petition her junior high to take a woodworking class instead of sewing, unheard of for girls then, to his professionally-informed opinions about produce, later reflected in Betty’s own cooking, particularly in her baked apples, well-known among her friends. In her mother, Betty witnessed a woman who successfully balanced a career and family, which led her to never doubt that she could do the same. In fact, she dedicated her last monograph—Theatre of the Domestic—to Minnie “who taught me that domesticity can be combined with ambition and other interests in a woman’s life.”