George Woodman review by Peter Frank in "The Village Voice," May 7, 1979: From the Archives... 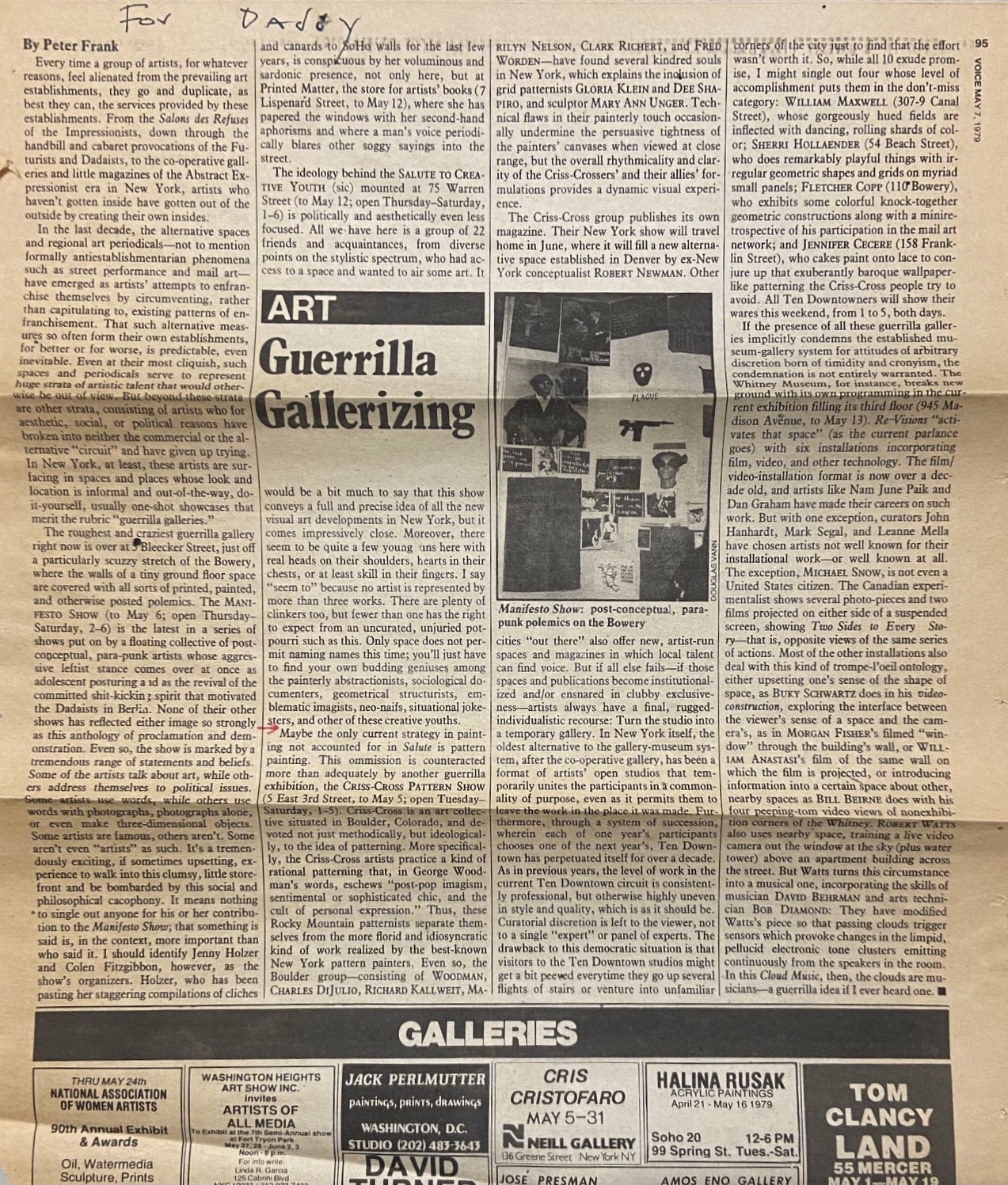 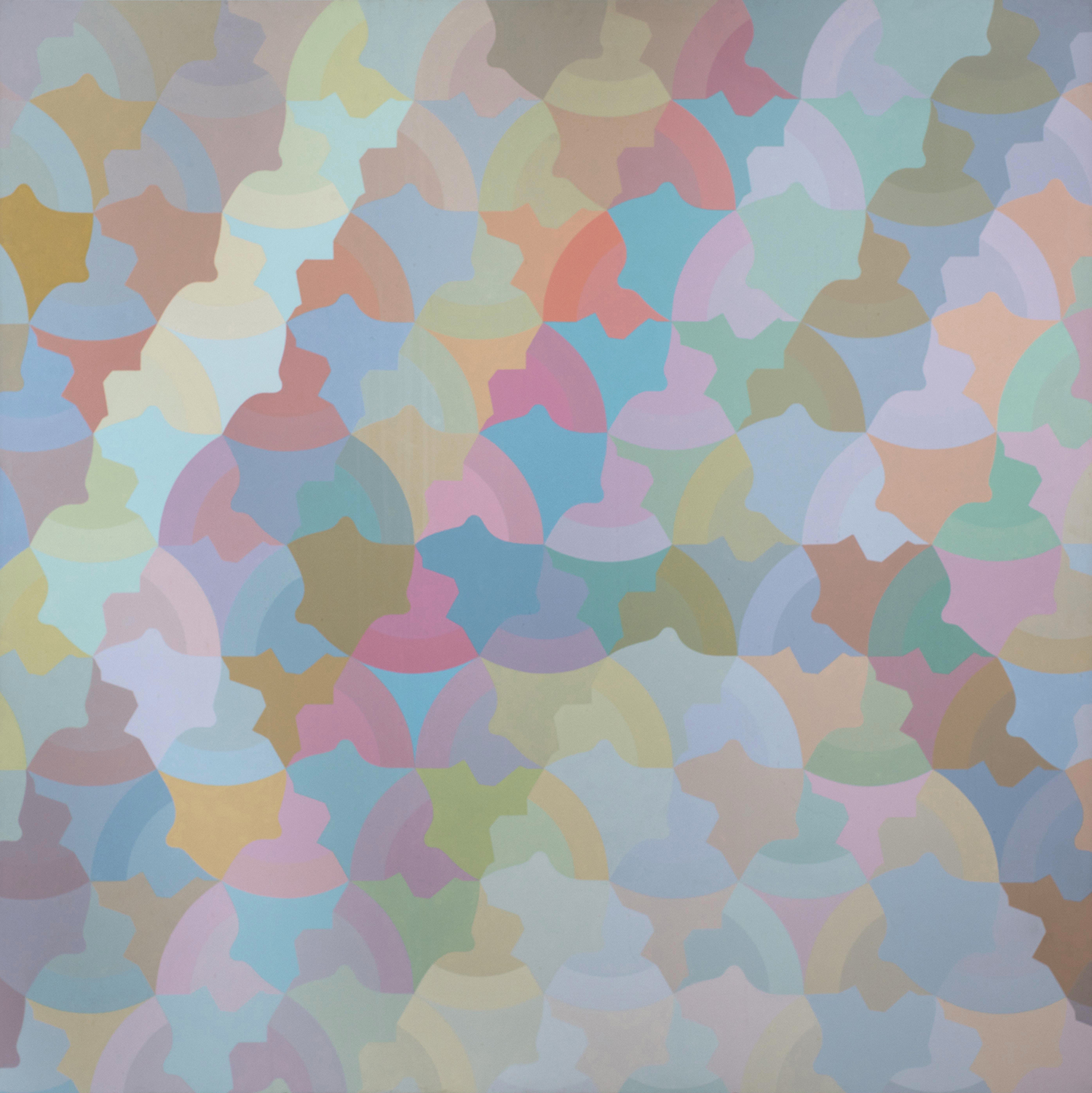 In May of 1979, George Woodman received this review from The Village Voice in the mail, clipped and sent to him by his daughter Francesca. It was addressed in her hand “For Daddy,” and pointed out where his work is discussed.

The Village Voice was a critical platform for New York City’s creative community, and particularly influential in the downtown scene of the 1970s and 1980s. In this review “Guerilla Gallerizing,” Peter Frank rounds up a number of underground exhibitions at pop-up galleries and artists’ studios across the neighborhoods which at the time made up the beating heart of the City’s art world. Of note was The Criss-Cross Pattern Show, featuring paintings by George Woodman and several of his Colorado and New York contemporaries.

As Frank explained: “Criss-Cross is an art collective situated in Boulder, Colorado, and devoted not just methodically, but ideologically, to the idea of patterning. More specifically, the Criss-Cross artists practice a kind of rational patterning that, in George Woodman’s words, eschews ‘post-pop imagism, sentimental or sophisticated chic, and the cult of personal expression.’” He continues: “…the overall rhythmicality and clarity of the Criss-Crossers’ and their allies’ formulations provides a dynamic visual experience.” In 1981, Frank went on to include several of George Woodman’s paintings in the exhibition 19 Artists—Emergent Americans at the Solomon R. Guggenheim Museum in New York.