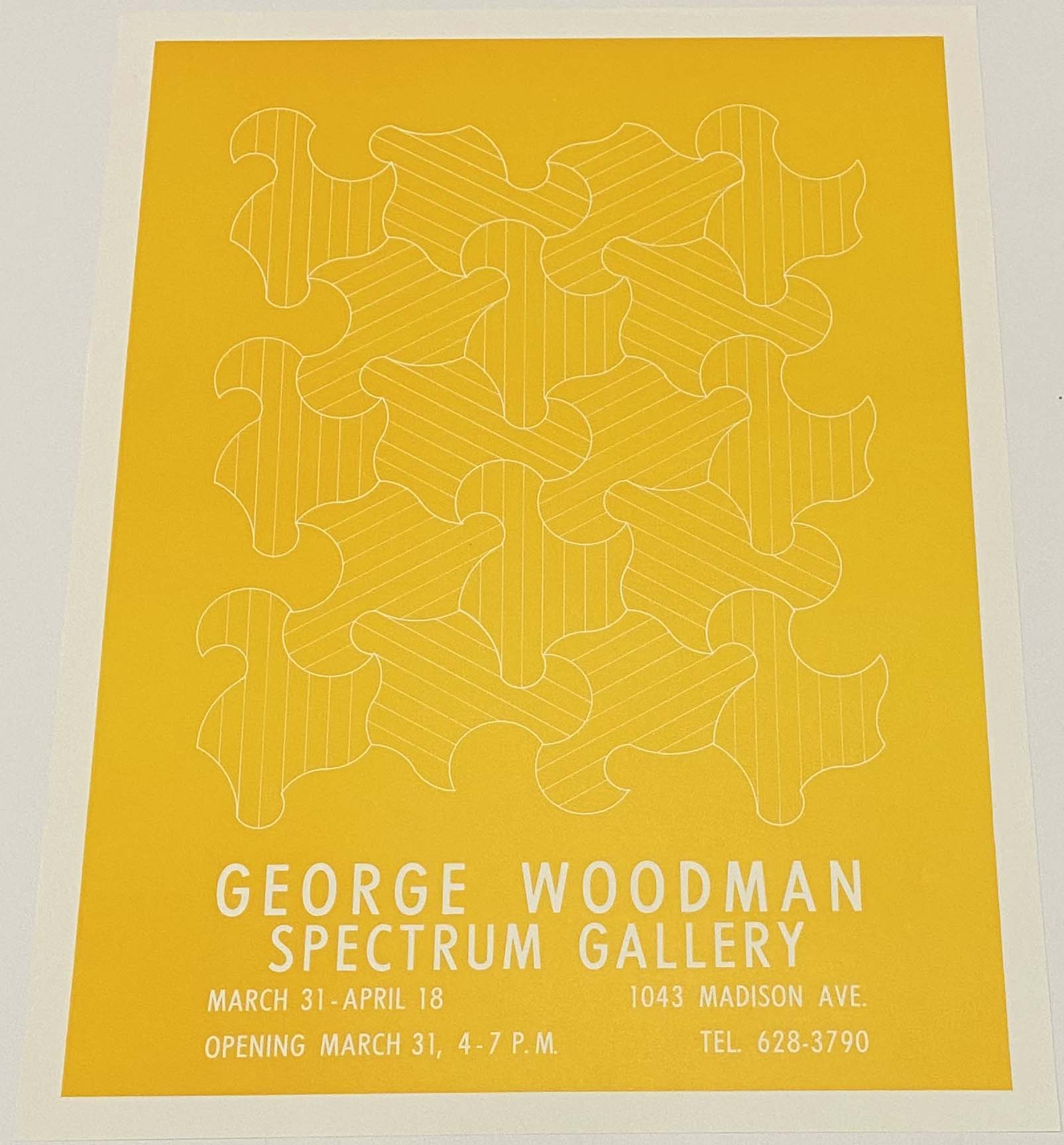 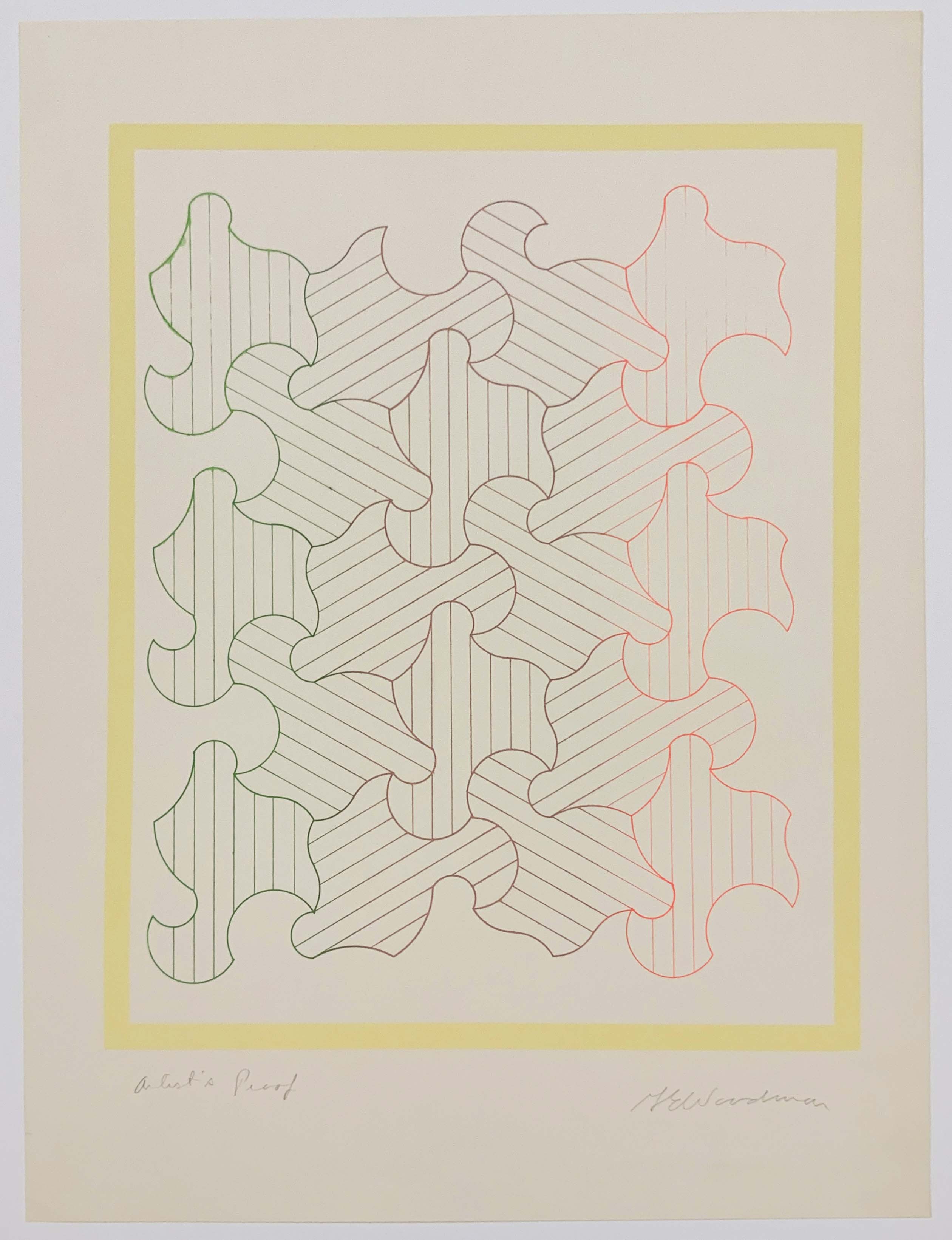 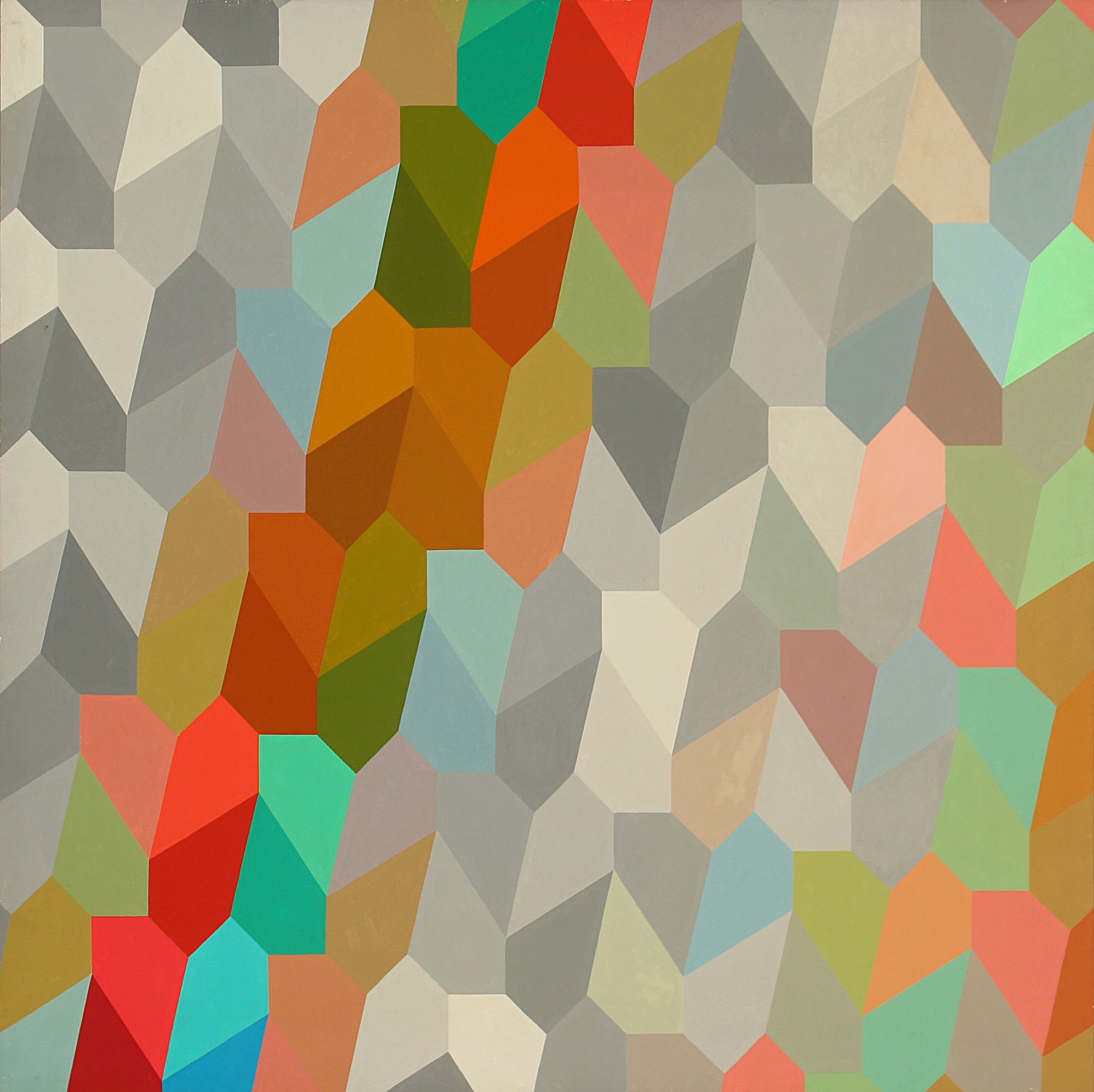 Fifty-two years ago this week would have been your last chance to see George Woodman’s solo exhibition at Spectrum Gallery in New York City. Woodman’s canvases and prints during this period were characterized by fields of interlocking, repetitive shapes, which, as Robert Berlind later described: “may be seen as a reprise of the transition earlier in the century from a still-descriptive cubism to a “purer” non-referentiality. These paintings are equally in keeping with the contemporaneous interests of Op Art and made a crucial contribution to the Criss-Cross movement which flourished in the 70’s in Boulder and had an impact on the New York scene.”

George Woodman
From the Archives