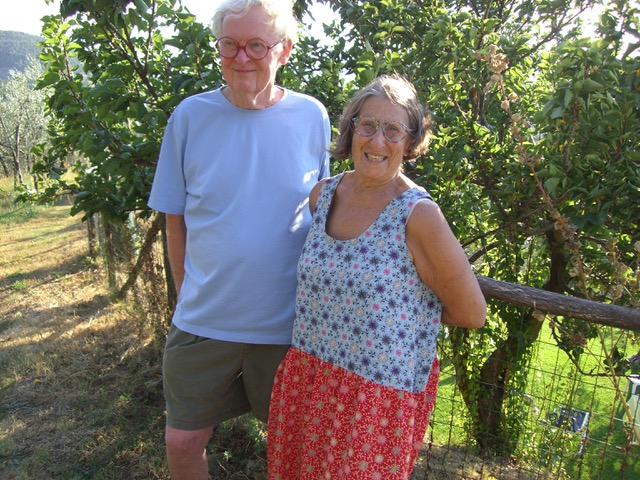 Today we celebrate what would have been Betty and George Woodman’s 67th wedding anniversary. This exceptional pair reflected on their long partnership in a 2008 interview:

George: I think marriage is something we tend to take for granted, like breathing air or drinking water.

Betty: All those years of friendship and at this point, shared memories… and obviously 55 years of being together with the same person means knowing that person. I think part of our being able to last this long together is that we can still surprise each other in our responses to things. But we can also trust each other. And we can listen to each other. We still have things to say to each other.

George: We have a lot to say to each other. There are a lot of couples who’ve been married to each other for [a] long time – they’re in the same space, but they’re not together. They ignore each other in their way.

Betty: We ignore each other – we’re not always on top of each other, we think sometimes too much on top of each other. We have parts of ourselves that are private, but I think a lot of this is about what we do – it isn’t separate from making art. It’s all part and parcel of the same thing. Making art as far as I’m concerned.