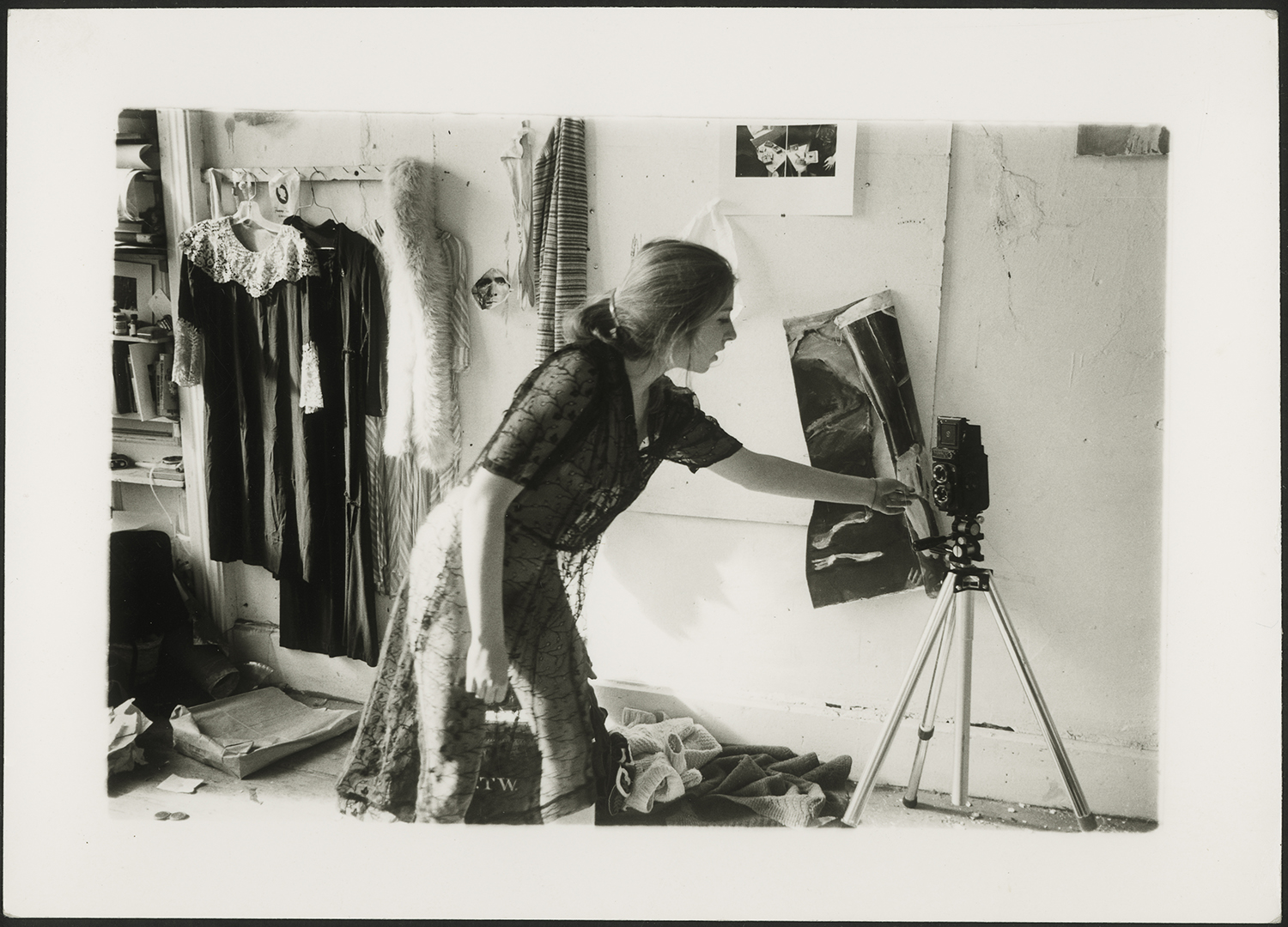 Born on the 3rd of April, Francesca Woodman (1958 - 1981) was a prodigious talent, making her first mature photograph at the age of 13 and going on to create an ambitious body of work including intimately-scaled photographs, monumental diazotypes, artist books and videos. "Growing up under Rocky Mountain skies, along with one brother, two cats and piano lessons, Francesca lived in a lively family milieu of artists," wrote her father George Woodman. She was raised in Boulder, Colorado and Italy and also lived and worked in Providence, Rhode Island and New York City. Her photographs have been the subject of numerous exhibitions worldwide, including solo exhibitions at Fondation Cartier pour l’art contemporain, Paris; San Francisco Museum of Modern Art; Guggenheim Museum, New York; and Moderna Museet, Stockholm. This photograph was taken by her friend George Lange, when they were both students at Rhode Island School of Design in the 1970s.