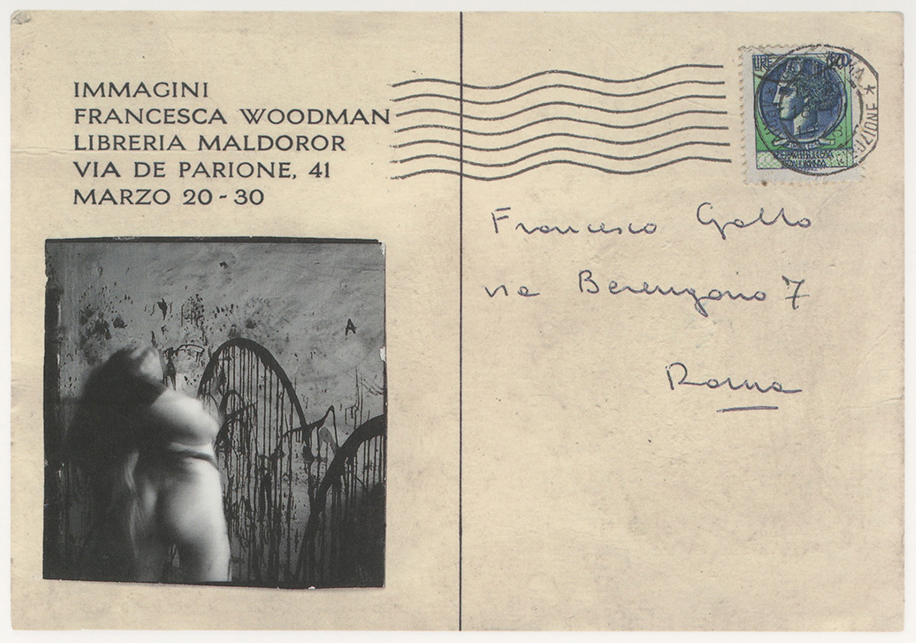 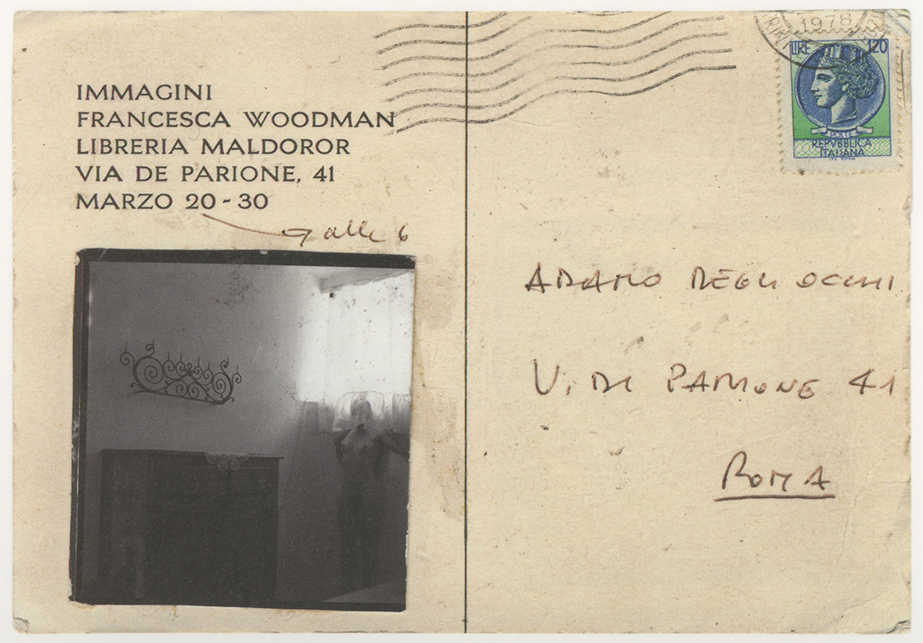 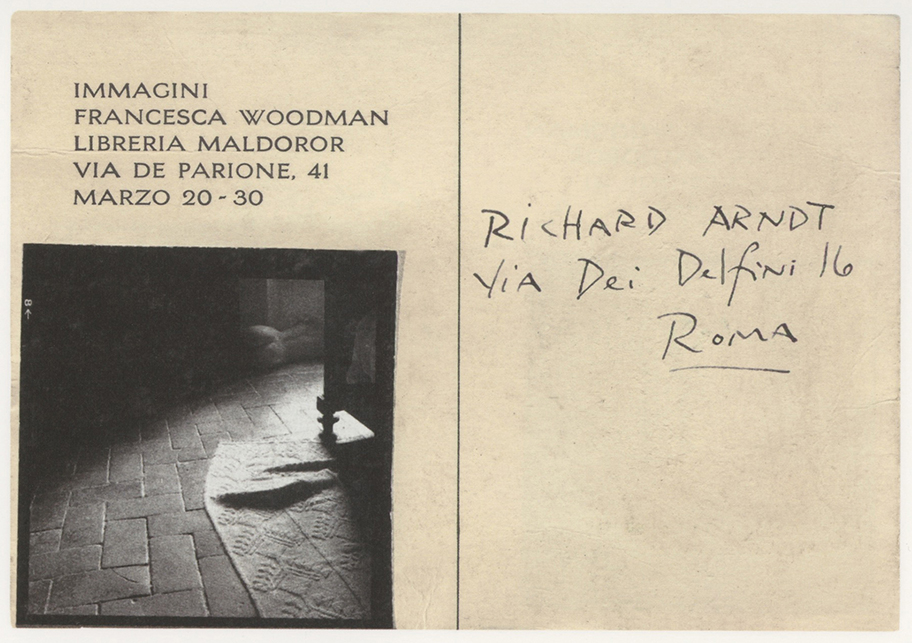 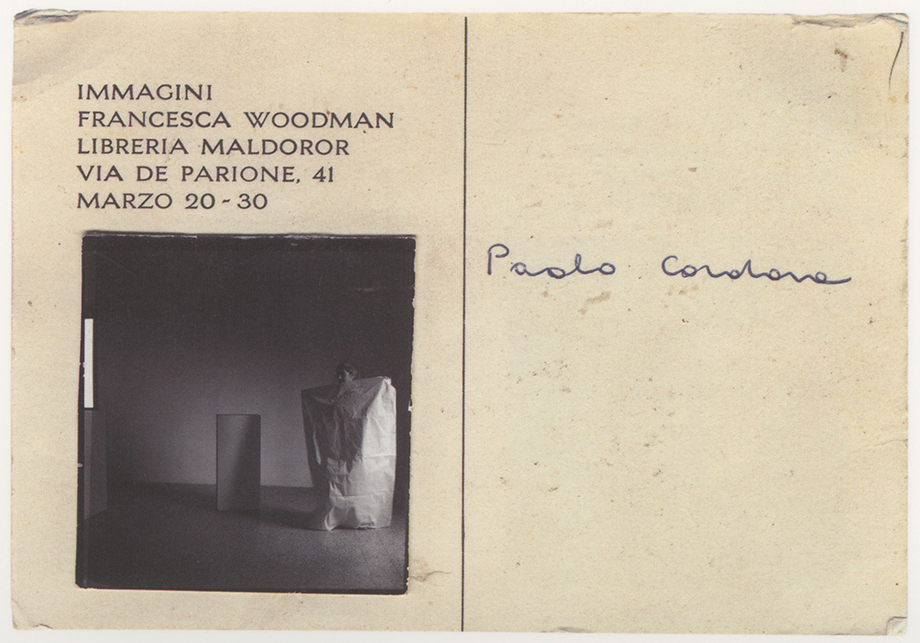 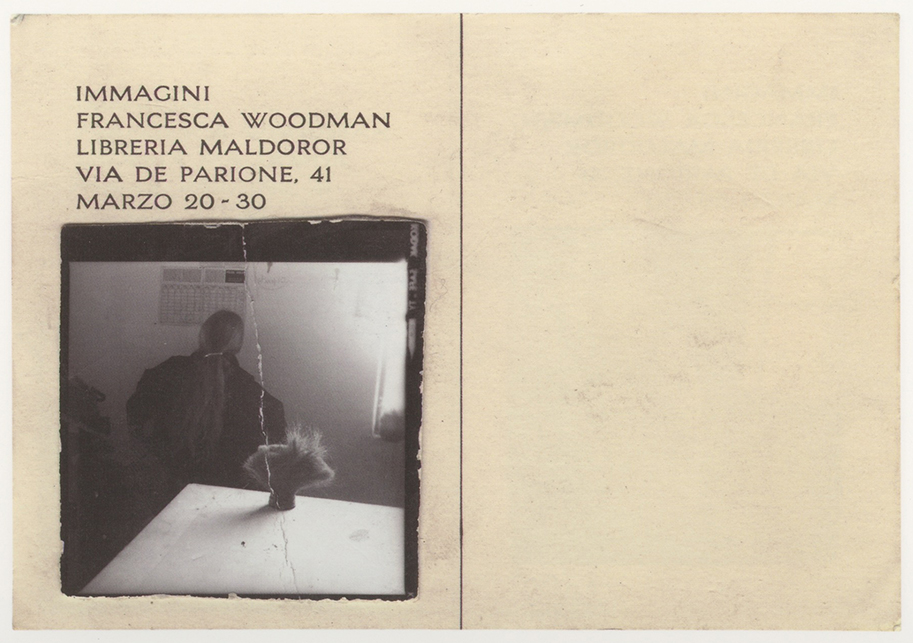 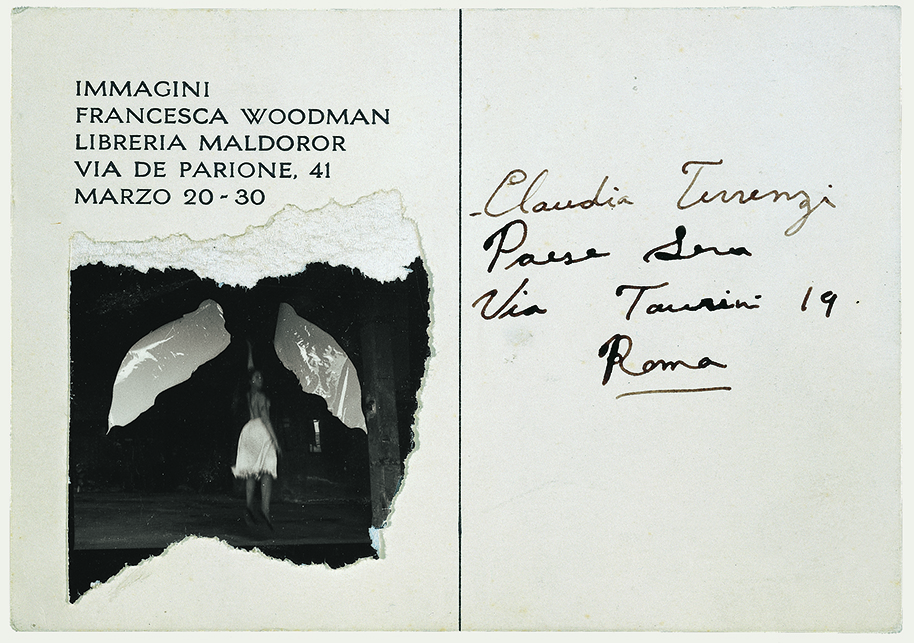 Please click on image for a complete gallery view of six postcards.

Not long after Francesca Woodman arrived in Rome in 1977 as part of RISD’s European Honors Program, she discovered the surrealist bookshop Maldoror and befriended its two owners, Giuseppe (Cristiano) Casetti and Paolo Missigoi. There she met many Roman artists, including Sabina Mirri and other painters working at the old Cerere pasta factory, where she later made many of her most iconic Italian photographs.

Woodman made unique, individual postcards as invitations to her show in the basement of Maldoror, her first solo exhibition in Europe. “At her opening at ‘Maldoror’ she did not appear,” wrote painter, critic and friend Edith Schloss. ”We waited for her in vain. Who ever heard of an artist not showing up at their own opening, specially their first? Later that night I found her on my stairs with wet eyes but already smiling, so that I would not reproach her for her lack of professionalism.“

Schloss reviewed the exhibition enthusiastically, writing in the International Herald Tribune:
“This young American photographer, who is also a painter, said she wanted to catch with photography that which cannot be caught any other way. And she expresses the evanescent and movement in consistent and [un]usually evocative small images which travel beyond ordinary photography. At times she used her own nude body—jumping, curling up or just pigeon-footedly standing next to eels or other slithering things—but without a trace of eroticism or narcissism. All the photographs are fresh, the earliest ones relying on pattern, but the latest stark and open.“