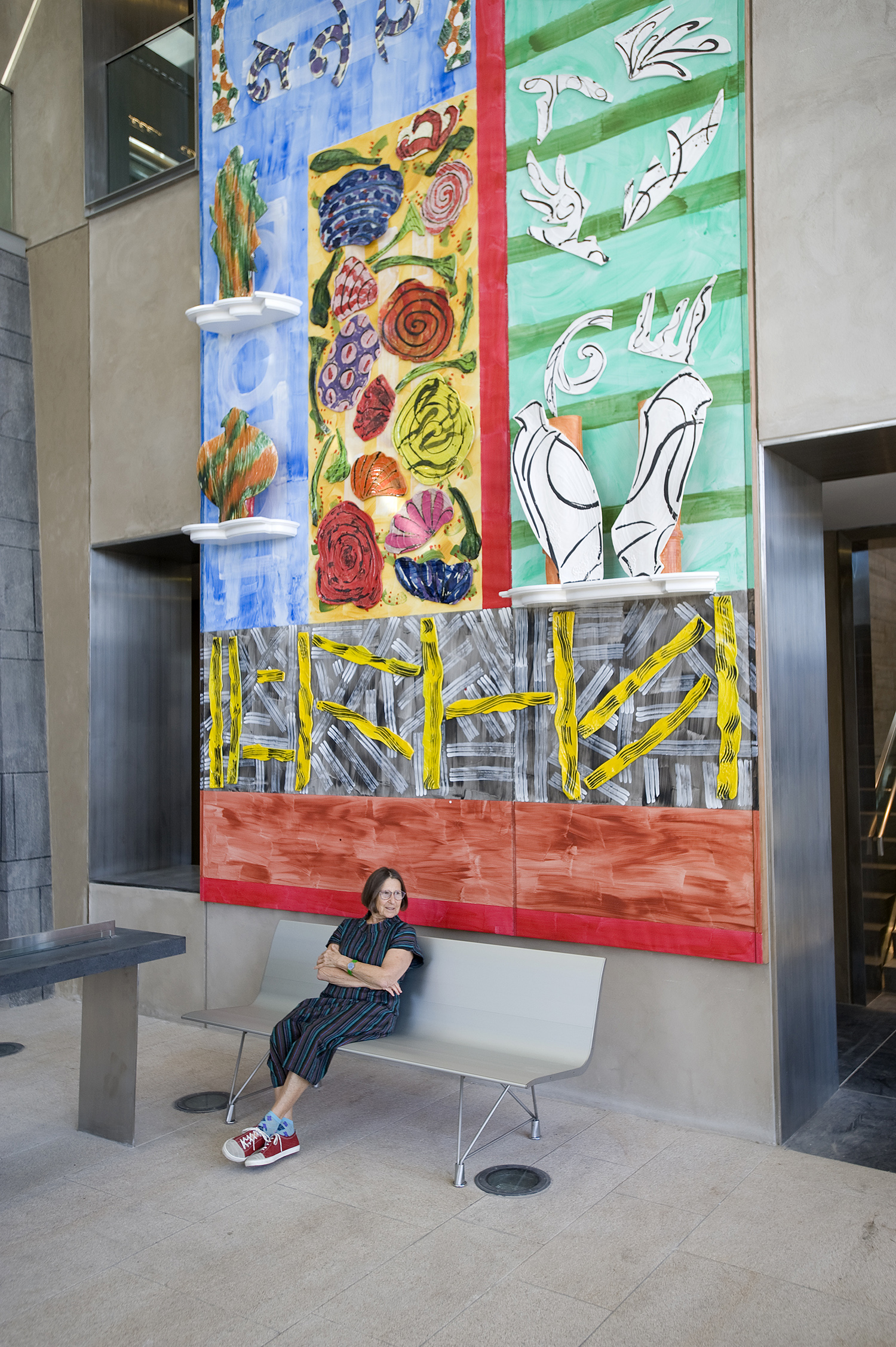 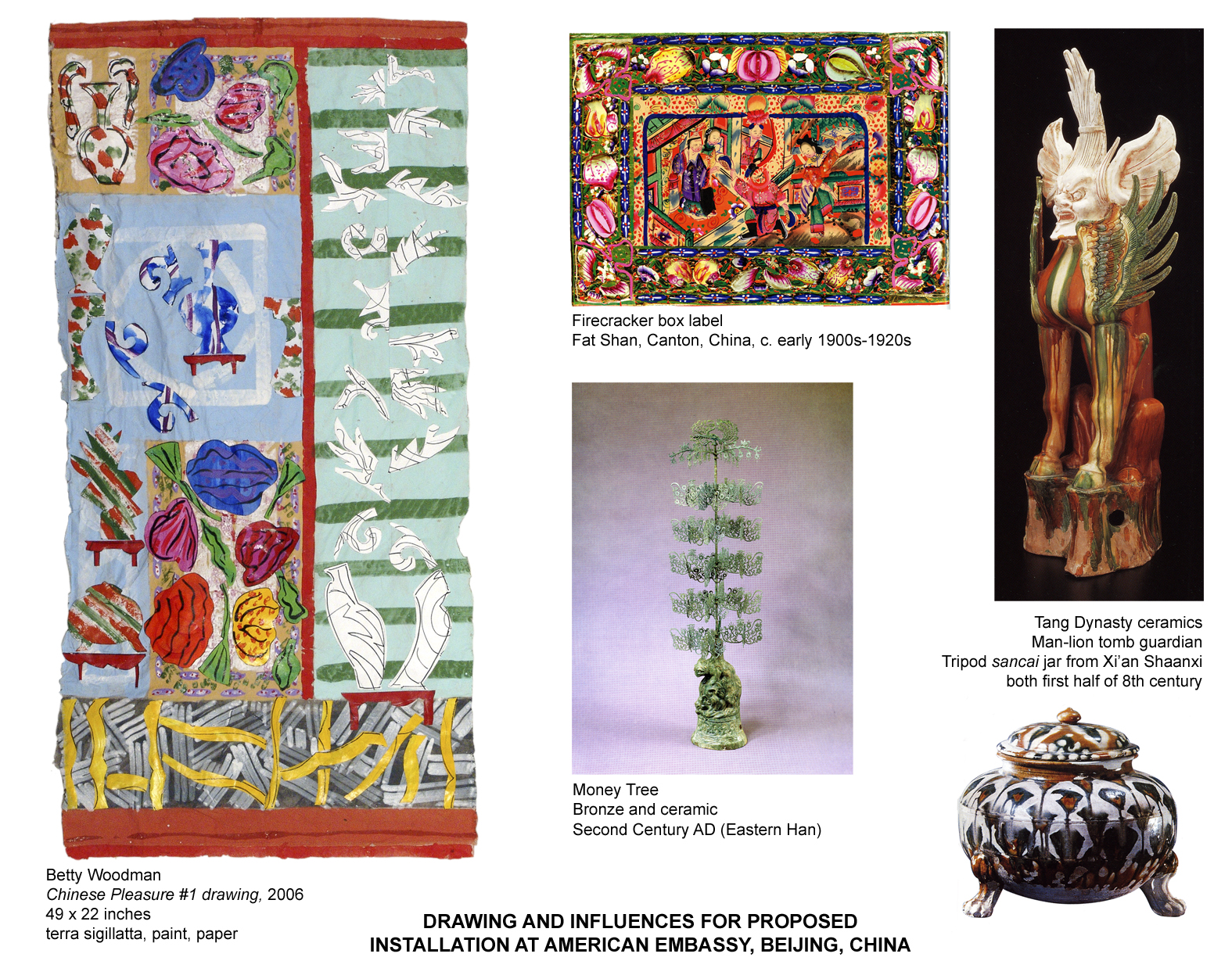 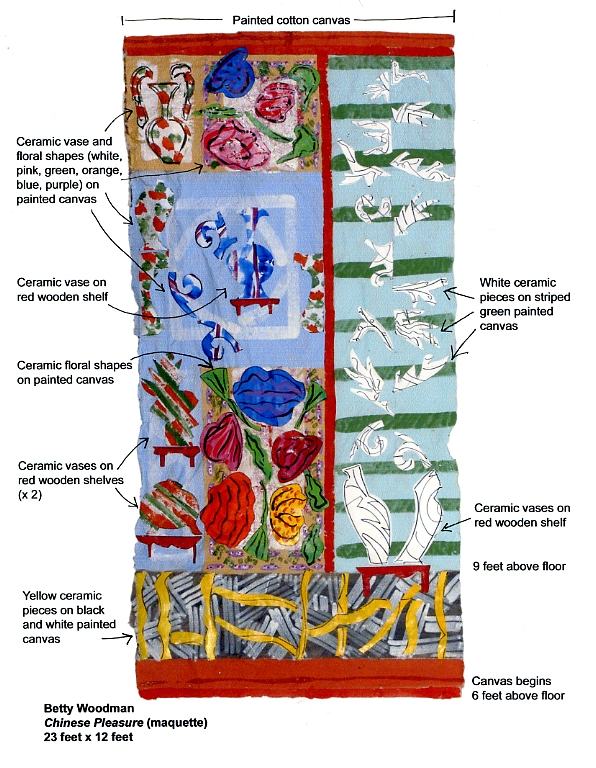 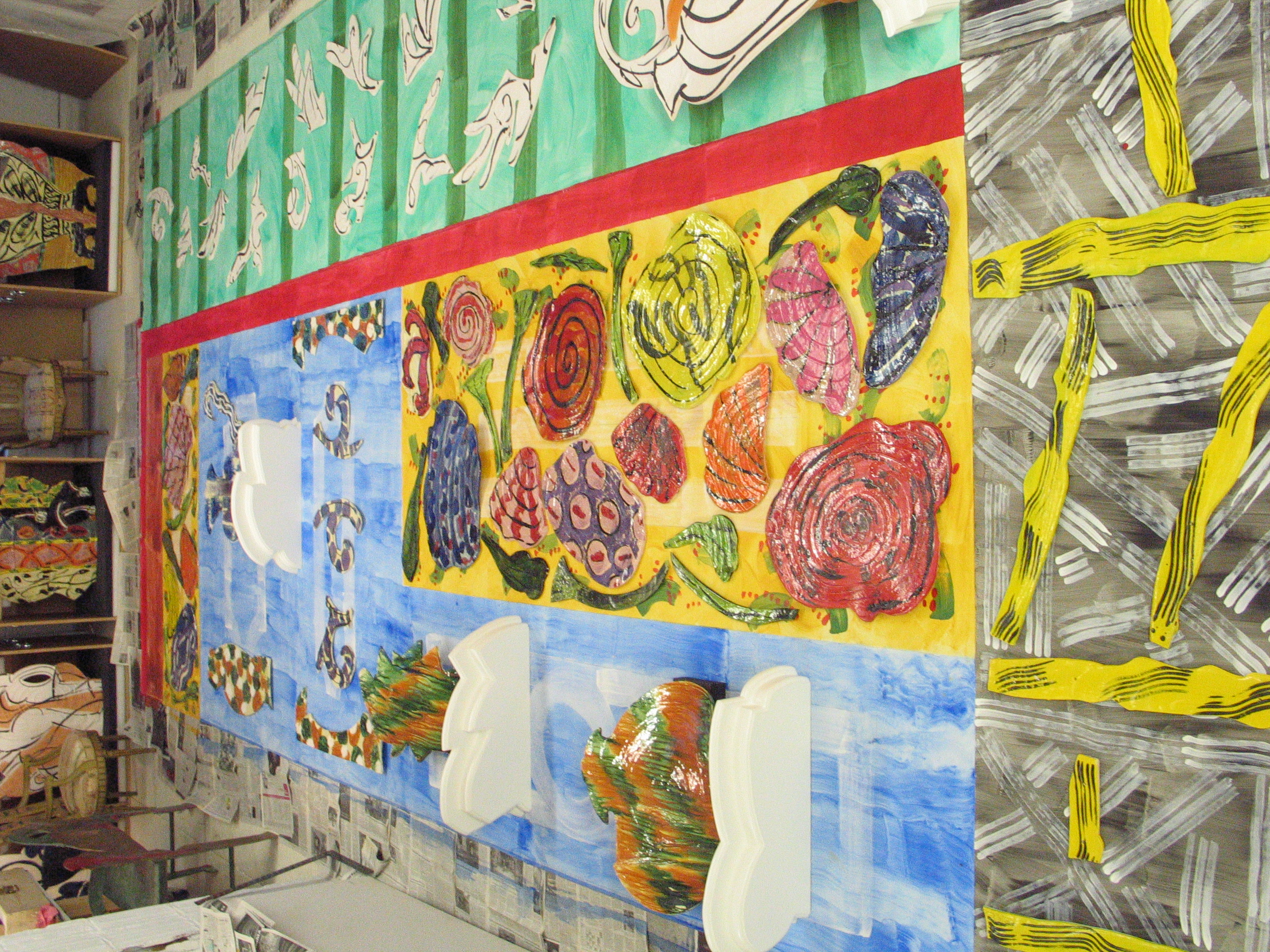 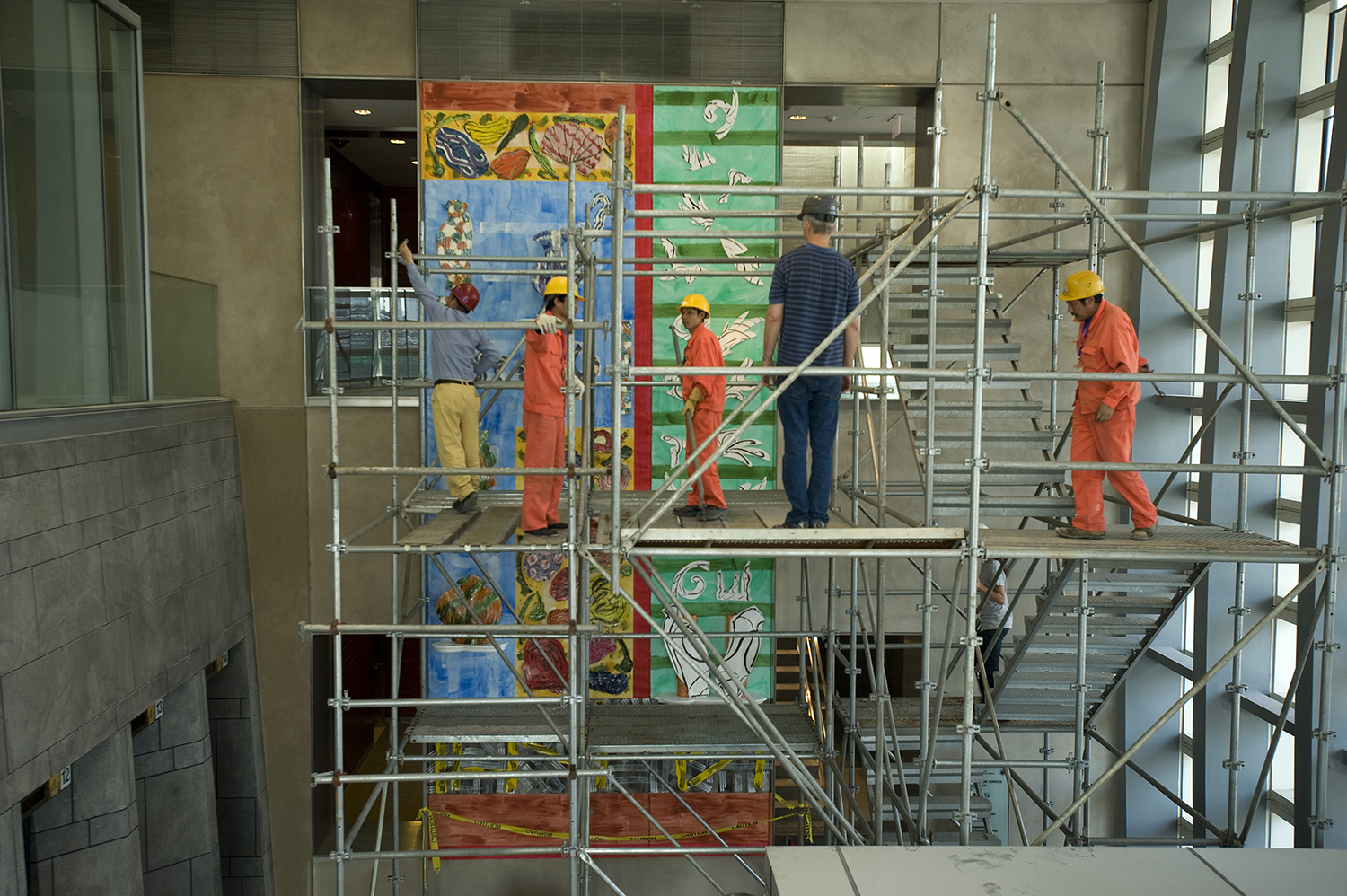 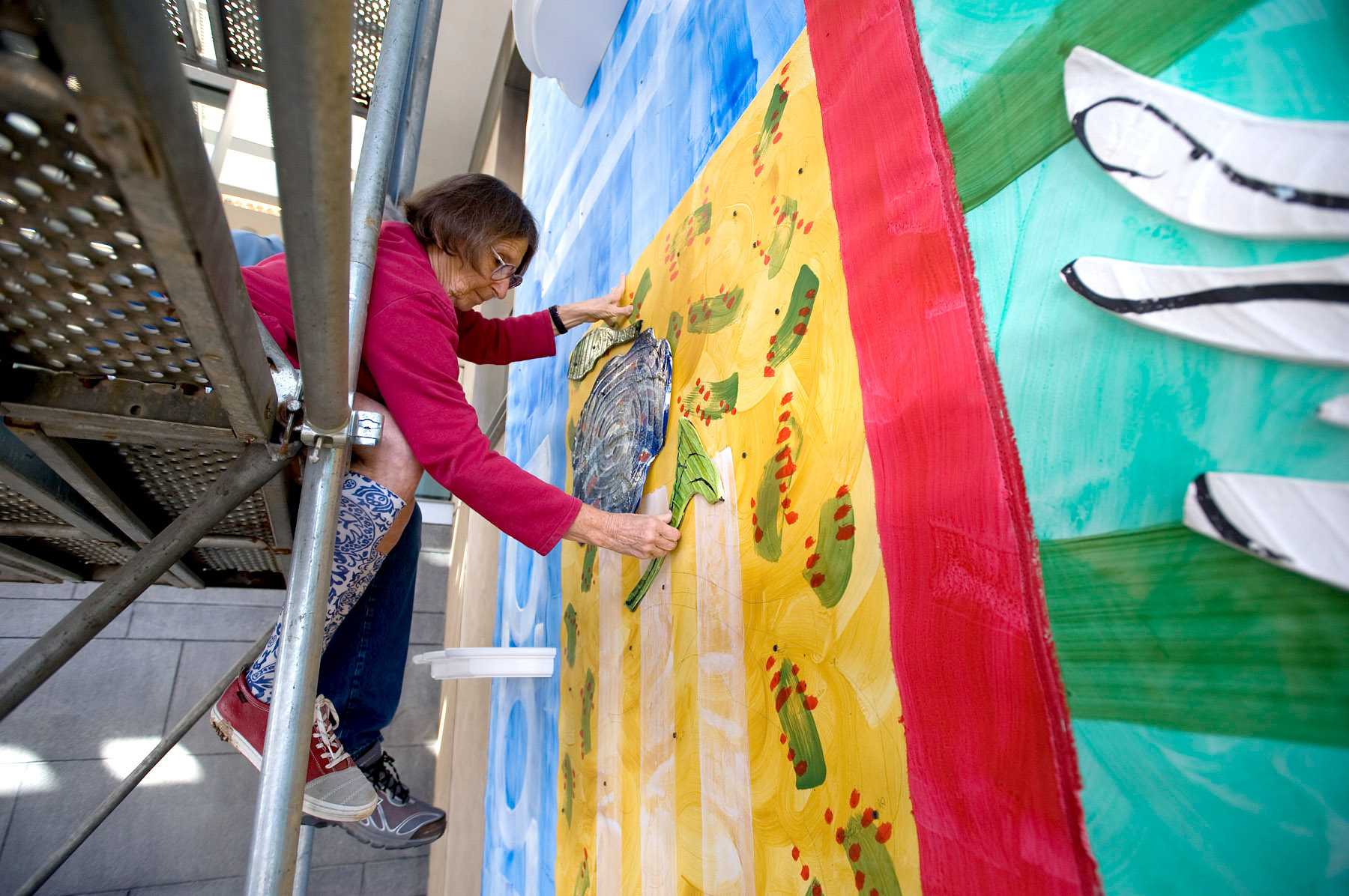 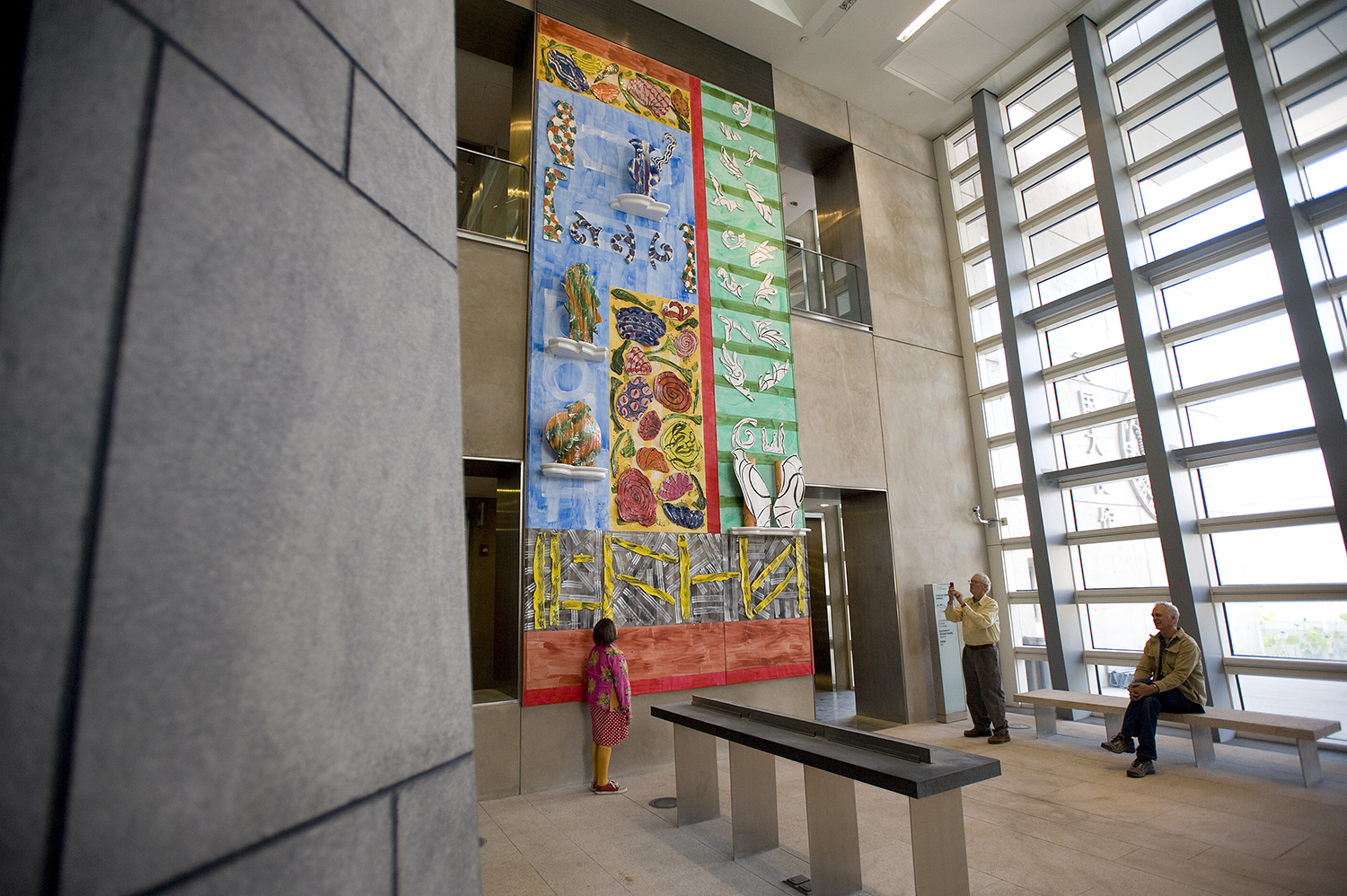 Betty Woodman’s Chinese Pleasure (2007-2008) is a 27 foot tall composition commissioned by the U.S. Department of State Art in Embassies Program. This permanent installation covers a wall in the lobby of the United States Embassy in Beijing, appearing as part of the structure of this dramatic space. An avid traveler and observer, Woodman was inspired by and freely borrowed from visual influences all over the world and throughout art history; Chinese Pleasure is no exception.

As Woodman described in her 2007 proposal for the project:

For the consular lobby in the American Embassy in Beijing, I am proposing a large wall installation. It will draw upon three distinct moments in the history of Chinese art, ranging from Sichuan bronzes to popular culture. Chinese Pleasure is composed of a painted canvas backdrop, ceramic elements mounted to the canvas, and four lacquered wooden shelves, each holding a ceramic vase. The right side of the composition is inspired by the delicacy and refinement of ceramic and bronze money trees from the Second Century AD. The left side of the piece is a series of direct references to Eighth Century Tang Dynasty ceramics, realized as actual vases mounted on shelves and images of vases. The floral images, which make up the third element of the composition, are my re-interpretation of early 20th century graphic art used on package labels for firecrackers.

To watch Betty discussing this installation, click on the video link below.

Betty Woodman
Exhibition
From the Archives