George Woodman in "Partitions" at Pratt Manhattan Gallery, New York, 1982: From the Archives... 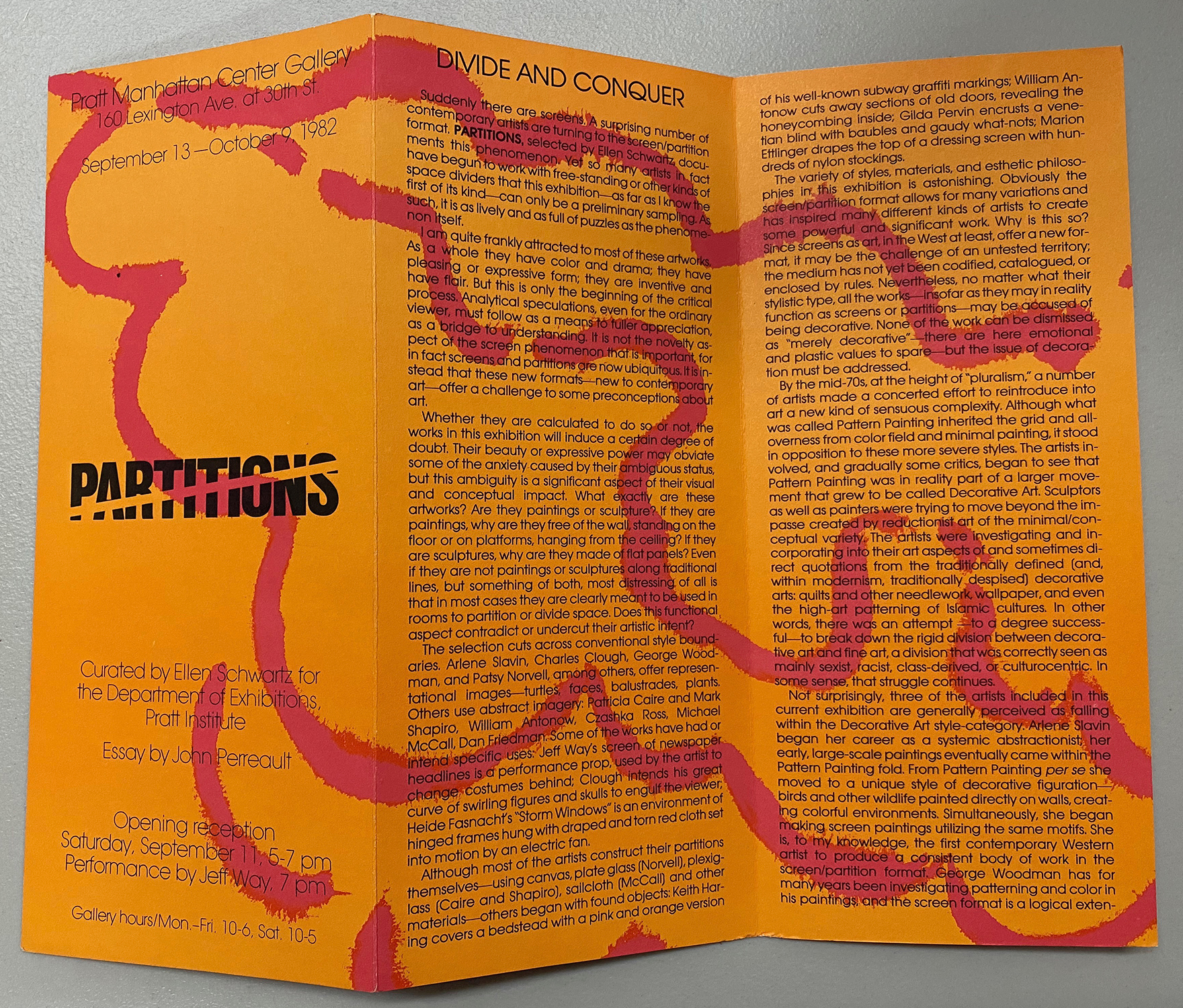 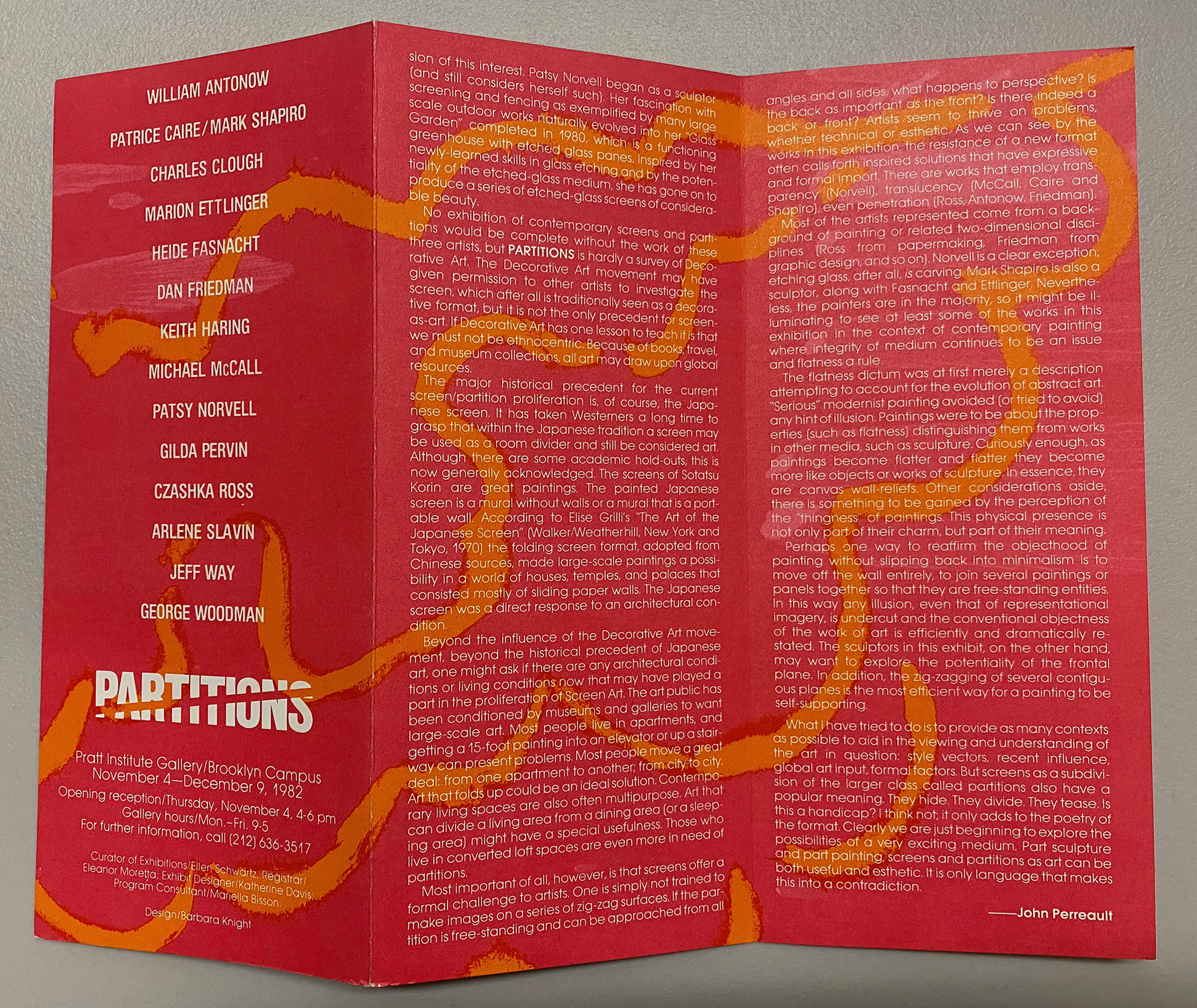 In the fall of 1982, the exhibition Partitions at Pratt Manhattan Center Gallery featured the work of 15 artists—including George Woodman—concerned with contemporary interpretations of screens. As hybrid sculptural, decorative, functional objects, partitions and interest in them were a kind of corollary to the burgeoning Pattern and Decoration Movement, and described by critic John Perreault, who wrote the exhibition’s essay, as “ubiquitous,” “a phenomenon,” and “a challenge to some preconceptions about art."

Perreault noted: “George Woodman has for many years been investigating patterning and color in his paintings, and the screen format is a logical extension of this interest.” In the early eighties, George’s carefully constructed paintings began to move away from their rigorous, minimalist origins. He broke "his unwritten vow of non-objectivity by introducing representational silhouettes into his pastel-toned jigsaw puzzles,” as described by Peter Frank a year earlier in an essay for the exhibition “19 Artists—Emergent Americans” at the Guggenheim. Low Balustrade Screen (1981), included in Partitions, is an excellent example of this shift with its multiple, interlocking patterns and forms, its soft palette, and its nod to decorative function.