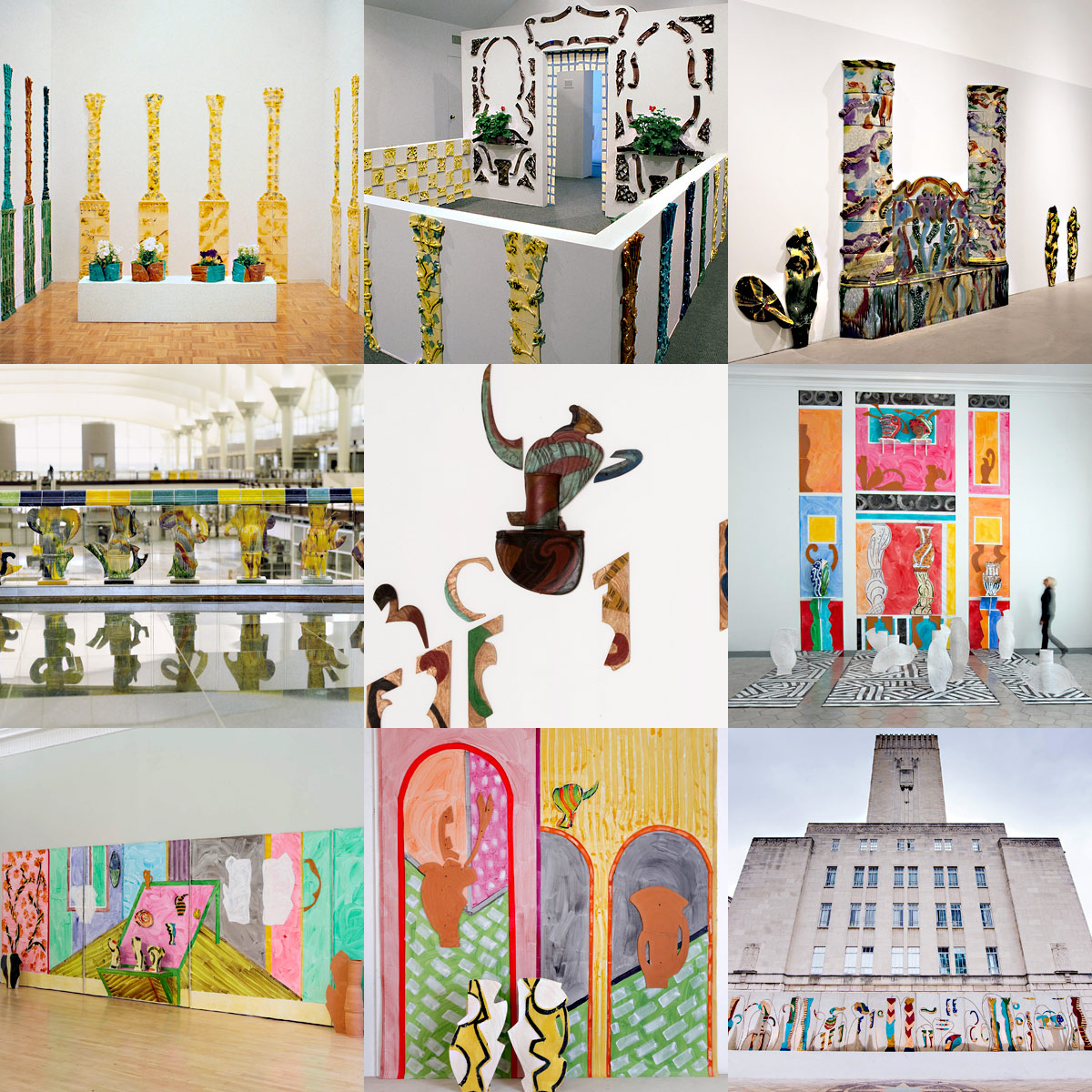 All artworks by Betty Woodman.

Betty Woodman is widely known for her seven-decade, groundbreaking engagement with clay, in particular her deconstruction and re-framing of the classical vase. In the early 1980s, Woodman embarked on architectural investigations that combined ceramic sculpture with vividly colored and patterned elements. These works are lyrical illusions of space and scale, influenced by Italian architecture from the Roman, Renaissance, and Baroque periods. Woodman's dynamic takes on colonnades, courtyards, rooms, walls, windows (and yes, vases) oscillate between form and function, two- and three-dimensionality. In these inspired and ambitious works, ceramic is both an embellishment of architecture and the means through which to represent it. Click here to view the series.